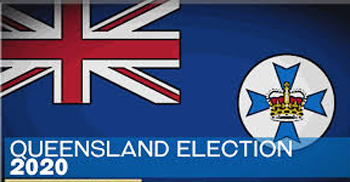 This is your one stop guide to the Queensland State Election 2020, in it contains links to all stories pertaining to this election.

This page in particular will be what binds all this information together, so you the voter can make an informed decision on election day.

We will initially focus our attention on all the seats in the Moreton Bay Region and seats that we routinely cover, they are found in our spotlight series including a new seat that was born from the 2016 seat redistribution.

This is the list of nine seats that will be of most interest locally:

Note: All Electorates now have all candidates in order on the Ballot Paper for Election Day as well as Polling Booths.  Results of gains in promises to each electorate in summary and results of the count are now included in each electorate. These results are now declared and final

These links also contain full seat profiles, a complete list of candidates in order of the ballot paper, party affiliation or as an independent, contact details, websites for both party and candidate as well as a podcast as part of the "Get to know your candidate series" and NEW: Pre poll numbers daily.

The information will be updated regularly as information comes to hand, so its encouraged you revisit these pages from time to time.

Articles and all content related to the 2020 Queensland State Election are available here.

Major stories and Information on the State Election 2020:

Statewide locations to Pre Poll for The 2020 Queensland State Election

State Election 2020 : Key Marginal Local Seats to watch as well as others

State election 2020 : democracy sausages back on the menu, but caution required

State Election 2020 : This time around the majority of Queenslanders will have already cast their vote

State Election 2020 : Number every box to make your vote count

State Election 2020 : postal votes are pouring in and the ECQ says “keep it up”

State Election 2020 : It’s election day today, make sure you plan the way you’ll have your say

State Election 2020 : Democracy Sausage Site guide to where to get yours

State Election 2020 : electors have had their say, now to counting the votes

Election day for the State general election is : Every four years on the last Saturday in October–31 October in 2020

Candidate nominations : Open with the issue of the writ (expectedon 6 October) and closing date specified in the writ

Election results : Results are declared when the outcome is mathematically certain

The ECQ has developed a suite of election fact sheets that will continue to be expanded leading up to the election, to explain key aspects of election operations.

The factsheets are available on the 2020 State General Election webpage and include:

•Your vote makes a difference

•Journey of your postal vote

Enrolment and voting in an election are compulsory for all eligible electors aged 18 and over.

Queensland’s electoral roll is maintained by the Australian Electoral Commission under a joint roll arrangement.

Electors can check or update their enrolment details on the Australian Electoral Commission website aec.gov.au.

The date for the close of the electoral roll for the 2020 state general elections will be designated in the writ.

Electors can still enrol or update their address details until 6pm on Friday 30 October (the day before election day).

This means casting a declaration vote.

A declaration vote requires the elector to complete further details when casting their vote.

Election timeline The Electoral Act 1992 establishes time frames for the conduct of state general elections, as detailed in the timetable below.

On 18 June,the state government passed additional legislation specific to the running of the election in 2020.

The Electoral and Other Legislation (Accountability, Integrity and Other Matters) Amendment Act 2020 provides the ECQ with greater flexibility to respond to any COVID-19 challenges during the election period.

Early postal vote registration is an example of this flexibility.

Key milestones for the 2020 Queensland general election Key election dates will be detailed when the Governor issues the writ that will call the election, in accordance with the Electoral Act 1992 the Constitution of Queensland 2001.

Those dates with an * may be varied under the legislative framework for the 2020 State general election.

Issue of the writ 6 October Under the Constitution of Queensland 2001, the Governor must dissolve the Legislative Assembly and issue a writ for a general election 26 days before the normal polling day

Candidate nominations open 7 October after the issue of the writ

Election Day Saturday 31 October, with voting from 8am to 6pm Under the Constitution of Queensland 2001, the normal polling day for an ordinary general election is the last Saturday in October every four years.

Last day for postal votes to be received 10 November

Election results declared Progressively when the outcome is mathematically certain

Election summary returns due Within 15 weeks after election day.

This plan will detail the range of services for the elections, key election milestones and other information about the elections.

New legislation On 18 June, the Queensland Parliament passed the Electoral and Other Legislation (Accountability, Integrity and Other Matters) Amendment Act 2020, introducing new requirements for candidates, registered political parties and third partiesregarding electoral expenditure, registration and signage for this election, as well as providing the ECQ with flexibility in delivering the 2020 state general election during the COVID-19 pandemic.

The Statement of principles governing the conduct of the COVID-19 Queensland General Election outlines what that flexibility looks like in responding to a re-emergence of COVID-19 in the lead-up to the election.

At a State general election, electors in each electorate vote for one candidate to represent them in Parliament.

In mid-2017, the electoral boundaries were redrawn to accommodate Queensland’s growing and shifting population.

This was done to ensure each electorate has roughly the same number of voters to uphold the principle of one vote, one value.

The redistribution officially took effect when the 2017 State general election was called.

To view the electorate maps, go to the Electoral boundaries page on the ECQ website. 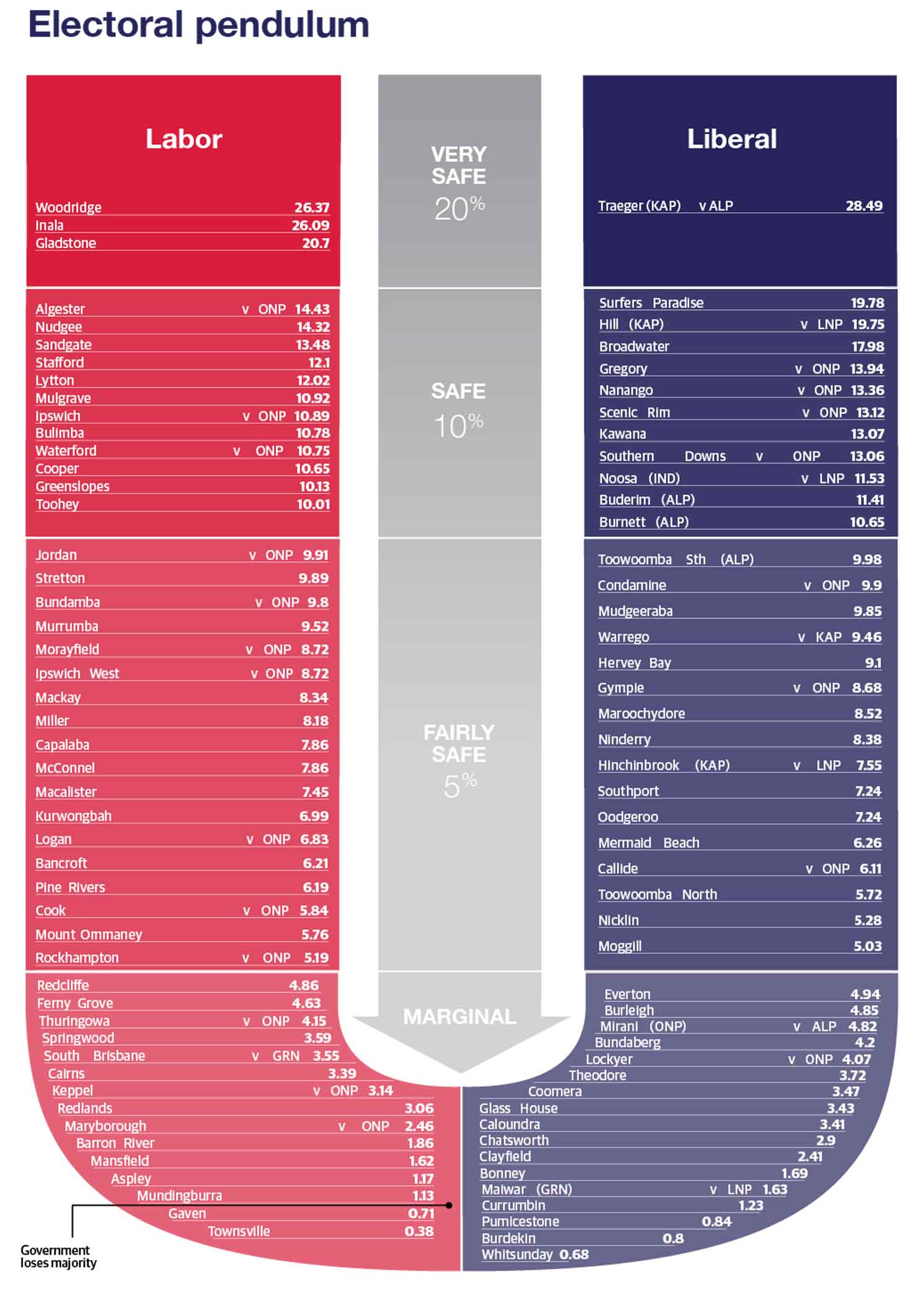