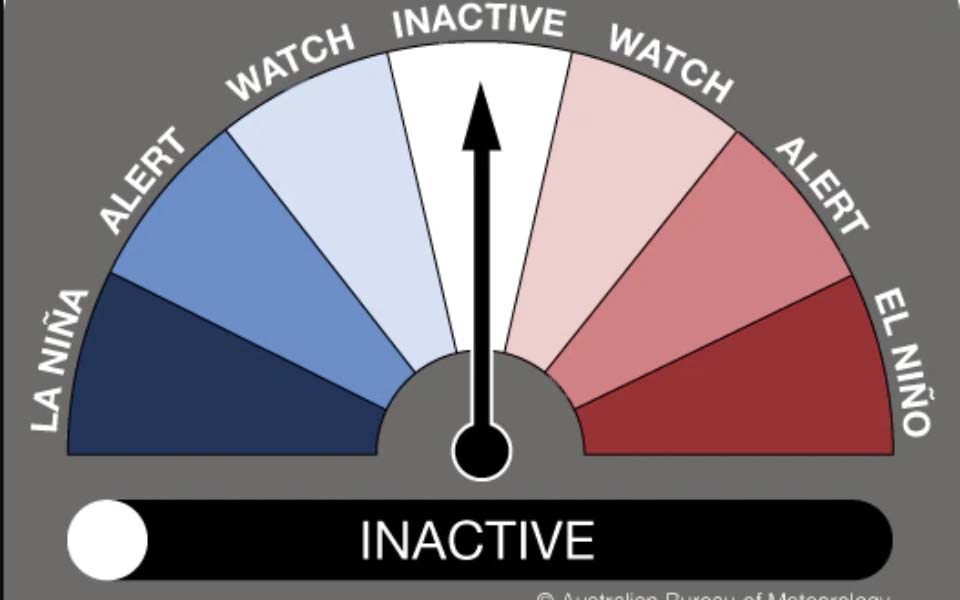 Special Note:  We have designed a current specific Storm event page, in a bid to reduce the clutter on the weather trends page by placing the current impacting storm information on to a new platform at Weather Now.

Any time there is a Major Storm Event this will be your go to page at at Weather Now.

Resources:   Articles on keeping you, your home or business prepared before and during storms

Summer Storms and being prepared with 101.5 FM

Storm Surge, What is it and how can you prepare?

Keeping Prepared for storms around your home, business view our archive of guides and stories

La Niña will give us a wet summer and mozzies

Powerline down safety campaign designed to save lives

Are you prepared for an emergency, any emergency at a moments notice?

Get ready for the severe weather season

what exactly is a king tide ?   and More Rain spells more mosquitoes and Ross River Fever

Below Average to below average Rain for South East Queensland

Average to below average Rain for South East Queensland

Warm waters for the Coral Sea

Long Range Note: La Niña looks to repeat for next summer season with potentially a even stronger La Niña and this could mirror more accurately of what transpired back in 2011/2012, increased warming of waters in the coral sea is also noted. Trends for a La Niña or cool neutral winter and a negative IOD with Indian Ocean cooling.

Queensland Fire and Emergency Services advises that people should:
* Never drive, walk or ride through flood waters. If it’s flooded, forget it.
* Seek shelter, preferably indoors and never under trees.
* Avoid using the telephone during a thunderstorm.
* Beware of fallen trees and powerlines.
* For emergency assistance contact the SES on 132 500

Parking vehicles under solid shelter, with the handbrake on and in gear

Remaining indoors with pets, not moving to public shelters unless advised by local authorities

In the event of heavy rain falling, police are urging motorists to drive to conditions and heed the message: if it’s flooded, forget it.

After the recent record rain and the previous summer's record dry, what does this winter's climate have in store?

The Bureau of Meteorology is predicting April to June to be likely wetter than average across the north of Australia and drier than average for the southern half of Queensland, inland parts of NSW and Victoria, and far eastern SA.

But making seasonal forecasts at this time of year is difficult, due to what forecasters call the "autumn predictability barrier".

"At this time of year, we're probably at the lowest point at the moment in terms of skill in predicting seasonal drivers such as El Niño, La Niña, or the Indian Ocean Dipole," said Felicity Gamble, a climatologist from the Bureau of Meteorology.

Dr Gamble said that in March and April, the world's climate often underwent a global "reset", where El Niño/La Niña (ENSO) and the Indian Ocean Dipole returned to neutral, making it harder to predict what the upcoming season would bring.

"This is what we've just seen with this most recent La Niña, which just returned to neutral values," Dr Gamble said. 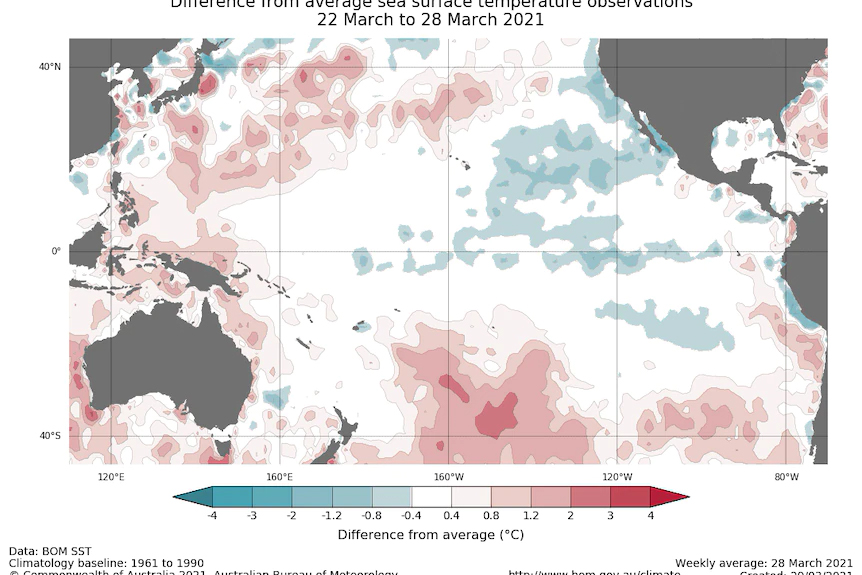 "It's also the time when we start to see early signs of the next climate-driver event developing. Often it starts to show a few little signs at this time of year before becoming more established during the winter months," she said.

In other words, at this time of year, the crucial ocean temperatures that drive the Australian climate could go either way, and small weather events in the tropics can lead to big climate impacts later in the year.

"It's like a reset switch. And we're starting again with the next cycle," Dr Gamble said.

At times like this, Australian weather becomes more influenced by shorter-term drivers like the Madden-Julian Oscillation, or MJO, which mainly affects northern Australia.

"The MJO is going to be the strongest driver of our rainfall patterns over the next few weeks as it comes into the Australian region," Dr Gamble said.

In fact, weather models are predicting the development of a low off the north-west of Australia over the coming days, as the MJO influences northern Australia.

Beyond this, the Bureau of Meteorology said May showed a mostly neutral climate signal, with some areas of the east likely to be drier than average.

Climate secrets deep in the ocean

Researchers in Australia are working to break through the autumn predictability barrier, in part by better understanding ocean temperatures below the sea surface.

El Niño and La Niña events can be first detected in changes in sub-surface water temperatures, according to Harun Rashid, a principal research scientist with the CSIRO Climate Science Centre.

At the Bureau of Meteorology, senior research scientist Andrew Marshall said it was hard to make long-term predictions at this time of year because the oceans had not yet coupled with the atmosphere.

"By coupled, I mean the atmosphere and the ocean working together," he said.

"For example, when the ocean starts to warm, then the atmosphere above that ocean will respond. And then that can reinforce the warming in the ocean.

"It's really once the atmosphere and ocean couple, that we then we can better understand how these events will evolve. And we then have better prediction skill, and typically that occurs from about May onwards."

The much-discussed La Niña phenomenon has brought the best wet season for years in the Top End and a welcome change to rainier conditions for most of the country, but some still missed out this summer.

And the Bureau of Meteorology [BOM] autumn outlook is for wetter-than-average conditions in the east.

According to BOM climatologist Naomi Benger, La Niña will continue to wield influence into autumn even though it is weakening.

"The typical lifecycle of La Niña is that it decays through autumn," she said.

"We are expecting it to decay through early autumn, but we are still seeing quite strong signals in the atmosphere, even though some of the oceanic measurements are hinting towards the decay."

Hence, encouraging signs of rain in areas that need it.

"We are expecting above average rainfall in eastern and some northern parts, including those parts of Queensland that have missed out so far this year," Dr Benger said.

And cyclone season isn't over until the end of April.

Above-average minimum temperatures are expected to continue across most of the country, with the exception of central and western South Australia and south-eastern Western Australia.

Daytime temperatures are expected to be above average for the far north and south as well as the far west.

Bring on the wet

So far, La Niña's impact has fallen well short of infamous flood years like 2011 and 1974.

Summer still has a few days to go and, according to Dr Benger, rain has been above average for the nation as a whole and the highest seen since the summer of 2016-17.

That was a sentiment echoed by John Bates, research director at the Bushfire and Natural Hazards Cooperative Research Centre.

The official autumn bushfire outlook, also released today, suggests most of the country can expect average fire conditions this autumn.

But according to Dr Bates the risk of grass and crop fires continues in the coming months, particularly where rain has created good growing conditions.

"Autumn will still see hot and windy days that raise the fire risk in some locations," he said.

Areas that have missed out on rain so far in Queensland are at above average risk.

"But when the weather conditions allow, the March to May period is a good time of year for prescribed burning," according to Dr Bates.

"However, in northern Australia, the good wet season means that prescribed burning will be difficult in the coming months."

Further information on the current status of ENSO can be found in the ENSO Wrap-Up.