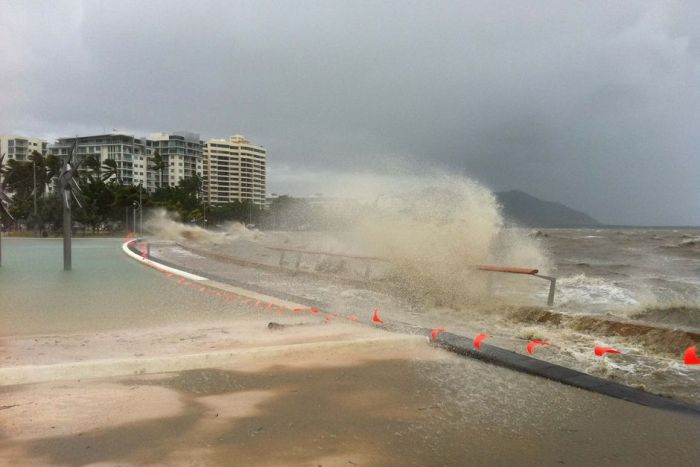 Storm Surge, What is it and how can you prepare?

We've all heard about the risk of a storm surge, but what exactly is it and how can we be prepared?

Every year north Queensland braces for the risk of tropical cyclones during the wet season.

They account for a high proportion of cyclone-related deaths.

Professor Jon Nott from James Cook University has conducted extensive research on the topic and explains a little more about what happens when there is a storm surge and how to best prepare.

What is storm surge?

"Storm surge is a raised dome of water that moves on to the coast ahead of and with the tropical cyclone as the cyclone approaches the coast," Professor Nott said.

"It adds on to the tide at the time and as well as that we can have waves sitting on top of that storm surge which can then penetrate further inland beyond the normal tidal limits," he said.

"It depends on a whole range of factors associated with the characteristics of a tropical cyclone, but the biggest storm surge that we could potentially get in Cairns could be over seven metres and that could rush up to about nine metres above mean sea level.

"Now that would be an extremely intense tropical cyclone, with all the characteristics that maximise the biggest surge, but that sort of thing is possible."

How will it affect you?

"A storm surge of the biggest kind [would affect] all of Cairns CBD, north Cairns, up in to Edge Hill, parts of Stratford, all of the airport all of the emergency facilities in Cairns, police stations, both hospitals, all media outlets, Cairns Council chambers, electricity substations ... everything in Cairns as well as large areas of the northern beaches."

How can you prepare?

"I suppose if you are in a very high building, you could go up higher in the building, it just depends on the impact that the waves associated with that storm surge would have on the building and whether that building would be structurally stable as a result of that," Professor Nott said.

"If it is a worst-case scenario, get out of there, evacuate, there is just no alternative."

Professor Nott suggests contacting your local council or emergency services to find out whether your property is at risk and prepare for evacuation if so.

More information on storm surges is also available via the Bureau of Meteorology.