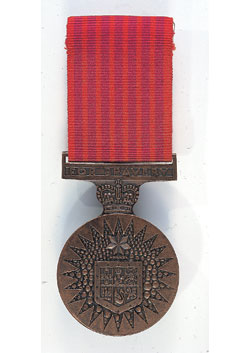 Queensland Officers recognised for their bravery

These awards recognise courage and sacrifice and most importantly, they recognise people who, in a moment of danger or threat, think of others ahead of their own safety.

In the early hours of December 7, 1999, the officers attended a domestic situation in Coombabah, where they encountered a distressed man threatening self harm and to cause injury to others by igniting fuel in a car next to a unit complex.

While an officer negotiated with the man for several hours, other officers were able to evacuate the surrounding area.

When the man learnt of the evacuation, he became further agitated and drove away from the complex.

As three officers pursued the vehicle, other QPS members deployed road spikes and the man’s vehicle was disabled.

The man then attempted to ignite the fuel inside the car.

One of the officers then broke the front driver's window, while another broke the front passenger side window, climbed into the vehicle and helped other officers to restrain the man who lit a match and threw it on the open container of fuel.

Thankfully, the fuel failed to ignite and the man was taken into custody.

Commissioner Katarina Carroll expressed her congratulations and sincere gratitude to the officers for their outstanding acts of bravery within the QPS.

"These officers put themselves at great risk to protect our community and I am very pleased their actions are being recognised," Commissioner Carroll said.

"Our Service is extremely fortunate to have officers who are committed to serving the Queensland community each and every day, often in dangerous and challenging circumstances”.

Minister for Police and Corrective Services and Fire and Emergency Services, Mark Ryan, said the actions of those who received awards demonstrated their extraordinary commitment to their fellow Queenslanders.

“These brave officers remind us all of the dedication, passion and professionalism that our police officers bring to the job every day.

“To those officers who received awards I offer a heartfelt thank you for your dedication and commitment to your community.”

Sergeant Andrew Parker was recognised for displaying considerable bravery during the rescue of race yacht crews in treacherous seas off the coast near Port Stephens, New South Wales on January 6, 2016.

The officers went out in cyclone-like conditions and spent more than 24 hours rescuing embattled yachts and their crews.

They endured the treacherous conditions, towed boats safely back to shore and conducted an extensive search for a man who had fallen overboard.

Constable Cecelia Jarvis was commended for brave conduct for her actions during an incident with a distressed person at Eimeo on February 23, 2019.

Constable Jarvis was on duty at Mackay Northern Beaches Police Station when she attended a residence in response to a call that a distressed woman had locked herself inside the house, poured fuel on herself and was threatening to ignite it.

On arrival, Constable Jarvis located the woman, next to a jerry can of fuel and fumbling with a cigarette lighter.

While another officer called for assistance, the woman refused to heed Constable Jarvis' instructions to hand over the lighter, and instead poured more fuel over herself and tried to spark the lighter.

Constable Jarvis lunged towards the woman and after a struggle, was able to intervene so she could be taken to hospital.

Sergeant David Raymond was commended for his actions at a building fire at Mermaid Beach on December 28, 2018.

In the late afternoon and while off duty, Sergeant Raymond saw a large plume of grey smoke coming from the roof of a three storey unit block.

Sergeant Raymond and his son, went to investigate and noticed gas bottles located on the balcony of a top floor unit, and a large dog on the first floor unit.

Sergeant Raymond and his son attempted to gain entry to the block but a locked entry barred their way. They quickly made a makeshift ladder, scaled a wall and climbed onto the balcony of the first floor.

Both men entered the unit to search for occupants. Not finding anyone, Sergeant Raymond's son took the dog to safety. Sergeant Raymond went to the smoke filled unit on the third floor.

Once he and his son established that there were no occupants in the burning building, they both returned to safety.

Constable Drew Harold was awarded for his actions during the rescue of five people from a dangerous river at Maryborough on September 25, 2016.

Just before noon, two officers attended a call for assistance after a small boat capsized in the Mary River, Maryborough, throwing two adults and three children into the water that is known to be a habitat for bull sharks and the occasional crocodile.

The boat was floating in the middle of the river and slowly sinking.

Constable Harold entered the water with two others and held onto the children and together, they swam the boat back to shallow water.