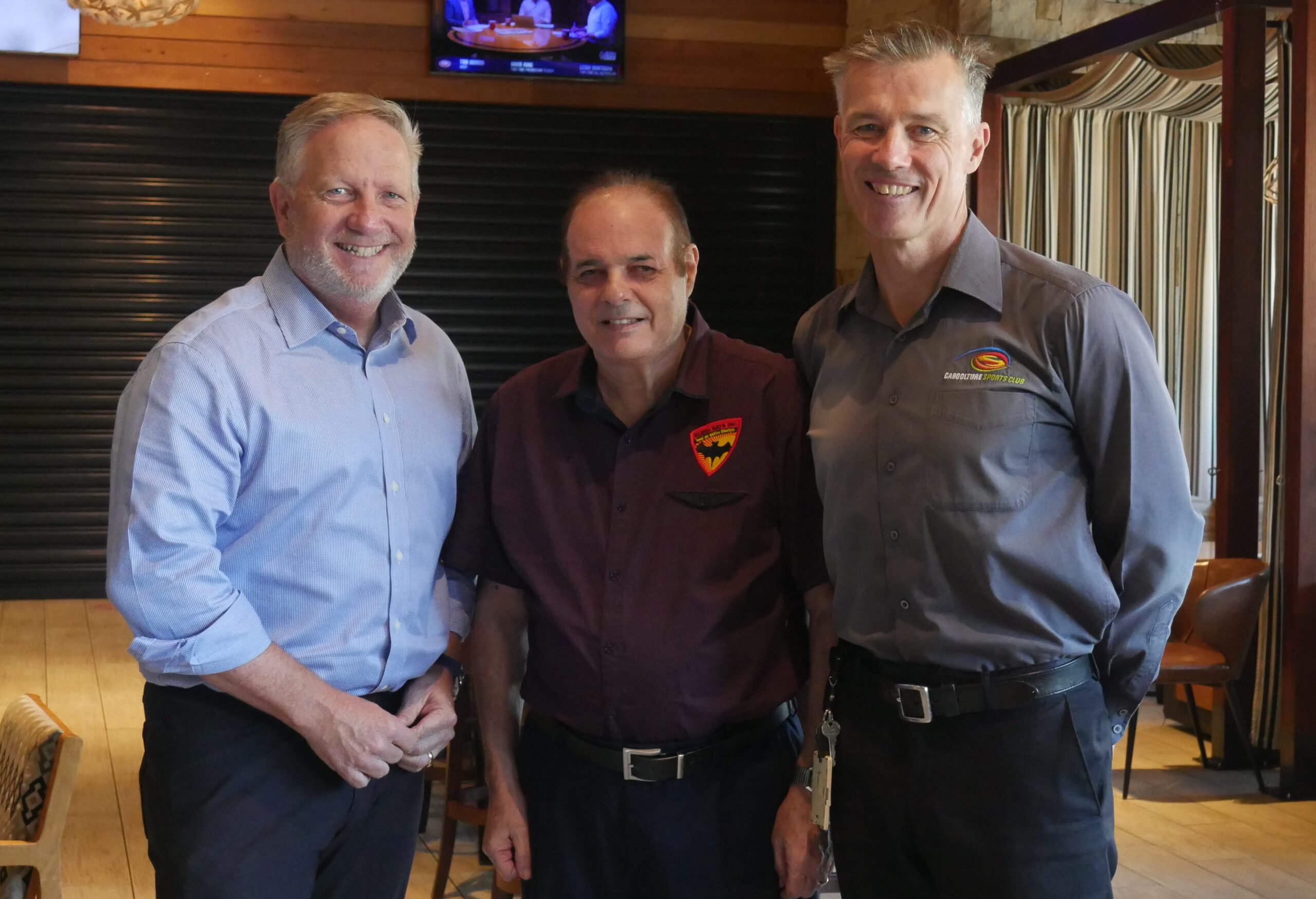 Paul Szep, president of the Blind Bats Inc. says “Ian Healy is my absolute hero and meeting him was a
dream, but receiving a donation and being able to chat about the future of “Blindies” means the world.”

Blind Bats has been operating since 2017 with the aim of assisting blind and vision impaired people to be
more included in the general community. They offer programs that promote a more active lifestyle for the
vision impaired.

Starting with cricket the newest venture recognizes that people that have limited sight really do value the
sight they have, so the blind folds have been discarded and beep technology has been introduced. Some
rules have been altered as well to keep the competition fair with adjustments including extra points for less
runs. The organisation will be partnering up with the CSC Sporting Sub Club Caboolture Cricket and will
have teams play in the next season. Steve Adams, President, Caboolture Cricket Club is looking forward to
having more teams involved.

The beeping technology is a result of cooperation between Blind Bats and Sportcor, that uses a microchip
technology suitable for various ball sports including Oz tag, Basketball, Soccer and more.

Caboolture Sports Club’s cricket and football clubs have also shown interest in partnering Blind Bats which
will hopefully see blind teams being part of each of these well-known clubs, that will then be able to
compete against other clubs in the region that also add a blind team within their offerings.

Ian Healy was pleased to hear about the project and the maximized community inclusion it will have not
only in Cricket but in all sports. Hoppy’s Car Wash Café is one of the CSC Group’s newest businesses to join
the partner program, which offers a range of benefits to members and community organisations supported
through the CSC Community Chest Fund. Located at various locations in Brisbane and the Gold Coast the
newest site is conveniently located on the corner of Graham and Buchanan Rd. The money raised to
support Blind Bats was raised at the sites opening day where members of the community came along to get
a car wash for a small donation.