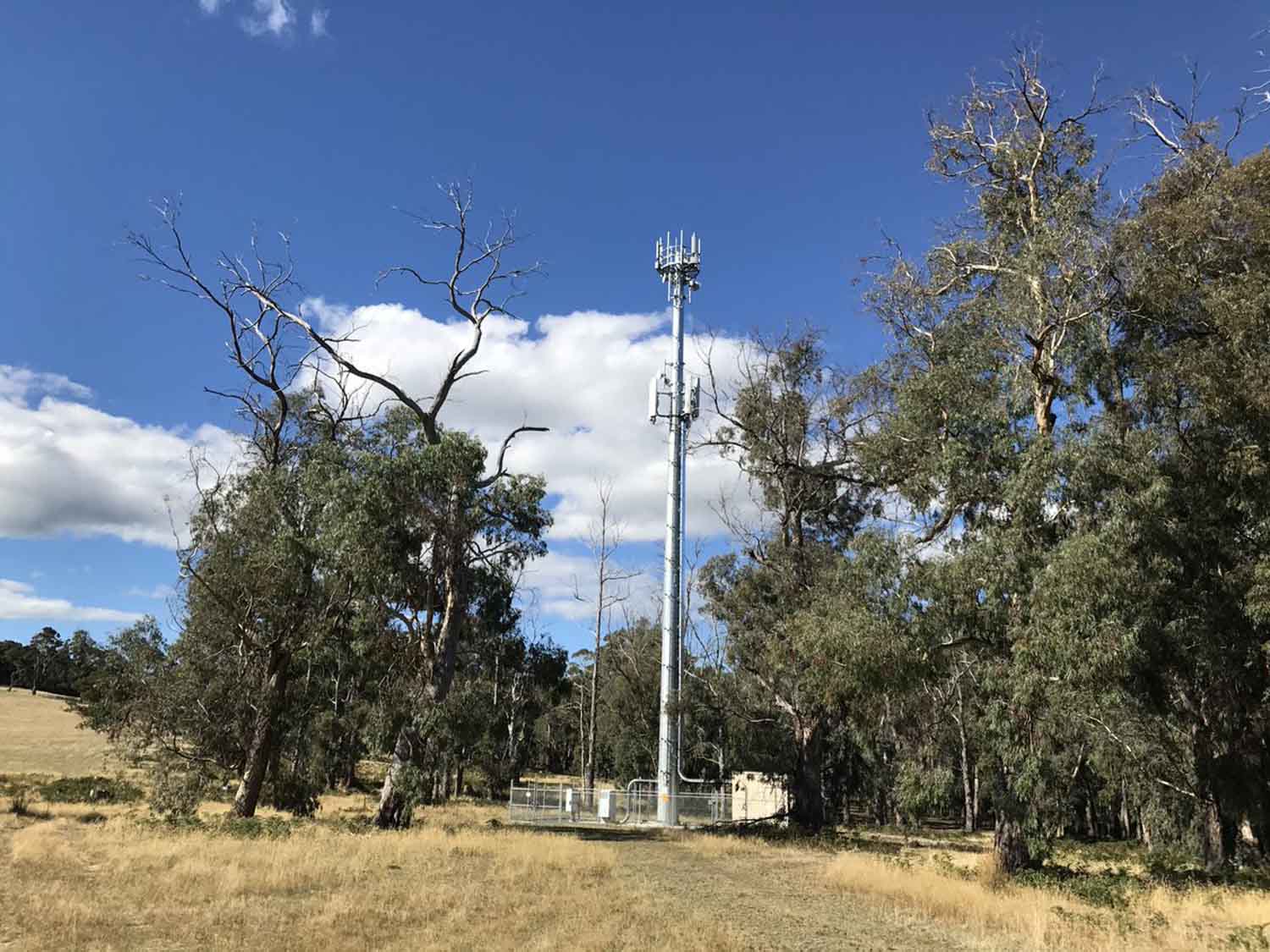 People living and travelling through Narangba West will now have better phone service to make calls, browse the internet and stay connected with family and friends.

The new mobile base station at Alf Dobson Rd, Narangba West, has been turned on being turned on and will significantly improve phone service for residents and those passing through the area.

The base station is expected to provide more than 6 square kilometres of new and improved mobile coverage to the area immediately around the site and also to a significant distance to the north and south.

Local roads, such as Alf Dobson, Schulz, Raynbird and Roberts roads are also expected to benefit from improved coverage.

The site will complement coverage from the base station at Moorina, which came on air in October 2020, and was also funded through the Program.

Minister for Communications, Cyber Safety and the Arts the Hon Paul Fletcher MP said the switch on of the new mobile base station in Narnagba West under the Mobile Black Spot Program reflects the Morrison-McCormack Government’s commitment to further improving connectivity in the regions.

“This significant investment as part of the Mobile Black Spot Program means that people living, working and travelling in Longman will now have better mobile coverage. This is especially important following this summer’s devastating bushfires,” Minister Fletcher said.

“While no telecommunications network is 100 per cent impervious to damage from natural disasters, Australians naturally want to be confident our communications networks are as resilient as possible. The Mobile Black Spot Program is an important part of this as it provides an alternative communications option if another network goes down during an emergency situation.

“The first five rounds of the Mobile Black Spot Program are funding more than 1,200 mobile base stations around Australia, with more than 900 of these already on air and providing much needed mobile connectivity to rural and regional areas.”

“The improved service is thanks to the Liberal and Nationals Government’s $380 million Mobile Black Spot Program, which is eradicating phone black spots across Longman,” Minister Coulton said.

“This Government knows how frustrating it is to be talking on the phone or browsing the internet and then lose service, so we’re getting on with the job of building more phone towers to deliver better service.

“Not only will these towers make it easier for people to stay connected to family and friends, it will also make it easier to do business and access education.”

Minister Coulton said more than 40,000 Triple 0 calls have so far been made possible through the Mobile Black Spot Program.

Member for Longman Terry Young said he was pleased that local residents and businesses would now have better service in more locations.

“My constituents have raised the issue of poor service in this part of Narangba and I’m pleased to be part of a Government that is listening and delivering,” Mr Young said.

“The new mobile base station was completed by Telstra and is the latest of seven sites across Longman to receive new or improved mobile coverage under the program.

“Our continued investment in mobile phone base stations is further proof of the Coalition’s commitment to connecting Australians, wherever they are, particularly in areas like Narangba West.”

More information about the program is available at www.communications.gov.au/mbsp.