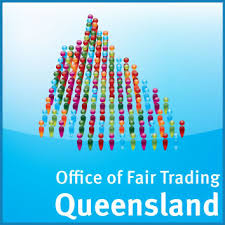 The Office of Fair Trading (OFT) has issued a public warning to consumers to avoid using a Melbourne-based furniture removalist who operates nationally.

The warning relates only to these specific business entities, and not to any other business with a similar sounding name.

A Public warning against Ajanvi Pty Ltd has also been issued by Consumer Protection Western Australia.

Office of Fair Trading Executive Director Brian Bauer has urged consumers not to use the services of My Moovers or My Moovers Qld to protect themselves.

“The OFT has received 68 complaints against the trader from consumers in Queensland since September 2019, with 60 of these complaints lodged in 2020,” Mr Bauer said.

“Complaints received against My Moovers and My Moovers Qld, relate to removalists arriving late or not arriving at all, damage to goods, untrained or inept contractors, the use of inadequately sized vehicles, demand for additional payment prior to the completion of the job, failing to complete the job, and overcharging.

“Moving home can be stressful enough and using My Moovers is likely to only make things worse.

“The high number of complaints in Queensland, and nationally, highlight that consumers looking for removalist services should avoid My Moovers and ensure they use a more reliable provider instead.”

One Queensland consumer was forced to make expensive last-minute moving arrangements when My Moovers did not show. The consumer’s house was being demolished and they contacted My Moovers a number of times to ensure their removalist would be there on a certain day and time.

Despite being guaranteed a day and time, the consumer received a call 20 minutes after the removalist was due to arrive, to say it would not be coming.

It ended up costing the consumer three times the original amount quoted by My Moovers to arrange another removalist.

Another consumer experienced multiple issues with My Moovers, including the removalists arriving one hour late, and without the right equipment.

The consumer had to help the removalists move their belongings down a lift without a trolly to make sure the job was done in a reasonable amount of time.

When the consumer inspected the inside of the truck at the delivery location, they were shocked to discover that only their fridge had been secured. Without being packed securely the consumer's furniture was damaged and scratched.

The OFT has further tips to protect consumers from dodgy removalists:

For more information on using a removalist visit www.qld.gov.au/fairtrading.

Consumers who need to lodge a complaint about a removalist can lodge it with Fair Trading here.