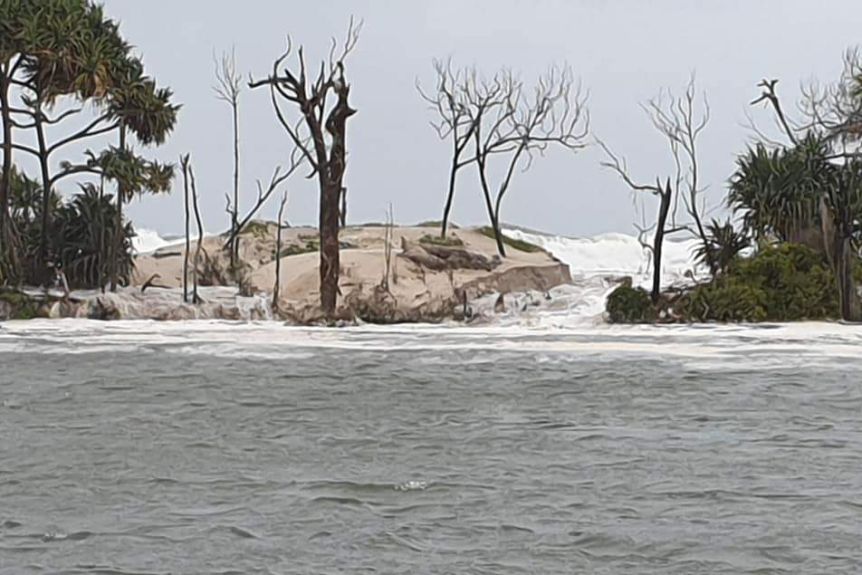 Bribie Island at risk of further erosion has authorities worried

The low-pressure system off the coast that has brought huge downpours to south-east Queensland and northern New South Wales has also whipped up giant waves and strong winds over the past few days, battering Bribie Island's banks.

Authorities are closely monitoring parts of the northern end of Bribie Island, that have been severely eroded by unusually high tides and large waves.

Queensland Department of Environment and Science (DES) principal coastal scientist Sel Sultmann said the waves had been high enough to "carve out" a channel through the dunes that was now flowing into Pumicestone Passage.

He said it had been a "serious event" and another high tide and storm surge this morning could lead to further erosion.

"There is a risk … that the process might continue, that more waves wash across the island, but it is hard to predict exactly how bad that'll be," Mr Sultmann said.

"We're most concerned that sand that's holding together with a couple of dead trees at the moment may well be knocked out with that swell in the morning," Mr Pearce said.

But Mr Pearce said despite the "over-top" flow of water, it was unlikely conditions would be severe enough to split the island at this stage.

"There's still plenty of sand left there but it's been eroded tremendously and work will need to be done to secure it for the future," Mr Pearce said.

"We are certainly experiencing unusual conditions, but the weather is settling down, the winds are settling down."

Mr Sultmann said Queensland Parks and Wildlife Service officers would assess the site as soon as it was safe to do so and encouraged people, including boaties, to stay away from the area.

He said erosion of the area was a "natural occurrence".

"Unfortunately, northern Bribie Island is just one of those coastal areas that's going to keep eroding, but it's a natural process and we prefer to let these things occur naturally and not interfere," Mr Sultmann said. 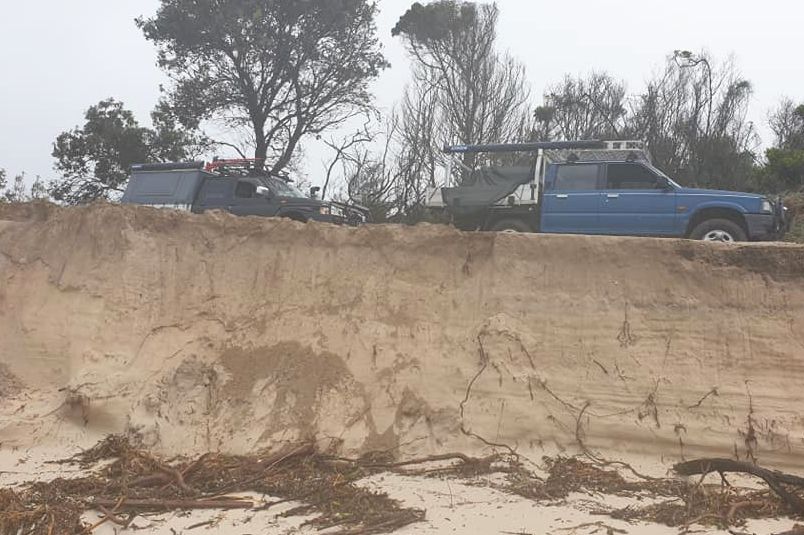