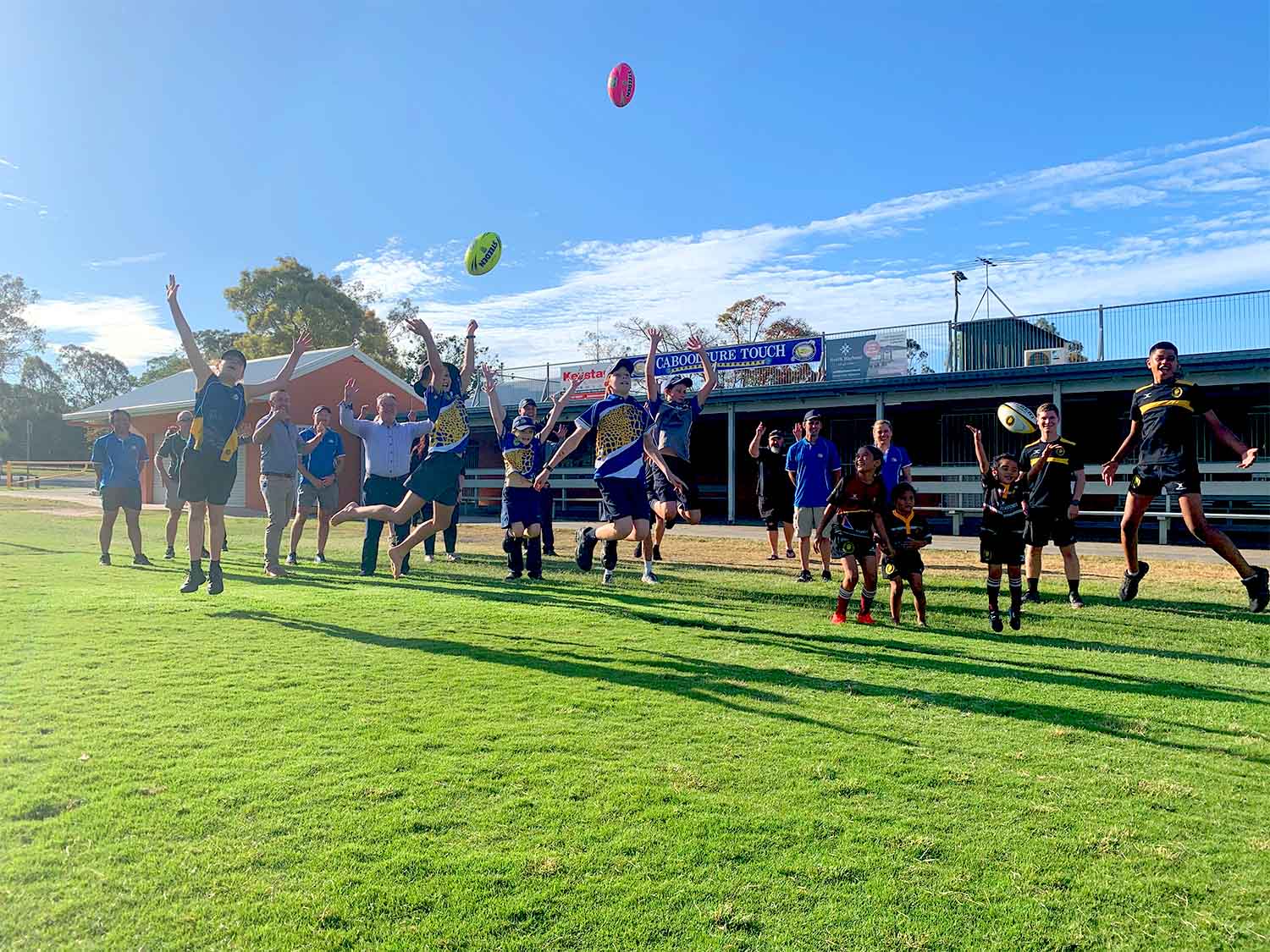 A new clubhouse at the Petersen Road Sports Grounds in Morayfield, home to Caboolture Touch Association and Caboolture Rugby Union Club, is one step closer to reality with the Queensland Government $1 million pledge to the redevelopment project following the state election.

The Hon. Mark Ryan MP, state member for Morayfield, had the pleasure of breaking the news to club representatives and community members in front of the old clubhouse on Thursday 8th October.

“We are celebrating a really exciting announcement…and I’m really pleased to say they’ve got the support of the Palaszczuk Government,” commented Hon. Mark Ryan MP.

“We’ll be committing $1 million to the clubhouse redevelopment which makes this project that little bit closer to getting done!”

This brings the project to 75% funded.

“It’s exciting news, and $1 million will be added to this project in collaboration with Caboolture Sports Club who have a fantastic partnership with Council in delivering several initiatives in the Region to increasing the sporting facilities we have,” commented Mayor Flannery.

“Now we would like to see the Federal Government get involved as well.”

Once all $4 million is secured, the project is expected to take six months to finalise detailed planning and approvals before another six months of construction.

As the first stage of the Peterson Road Sports Grounds redevelopment, the completed clubhouse redevelopment project will then be followed by proposed LED lighting upgrades for all ten sporting fields; well-lit pathways around the perimeter of the facility; and installation of exercise stations, playgrounds, BBQ and park shelters that can be used by residents.

The existing clubhouse, well over 30 years old, has outdated facilities and various accessibility issues that, under new building standards, would not be approved.

With over 5,000 weekly visitations of various sporting participants and officials in peak times, the new clubhouse would see more non-sporting community-based groups able to utilise meeting rooms and other facilities when sport is not being conducted.