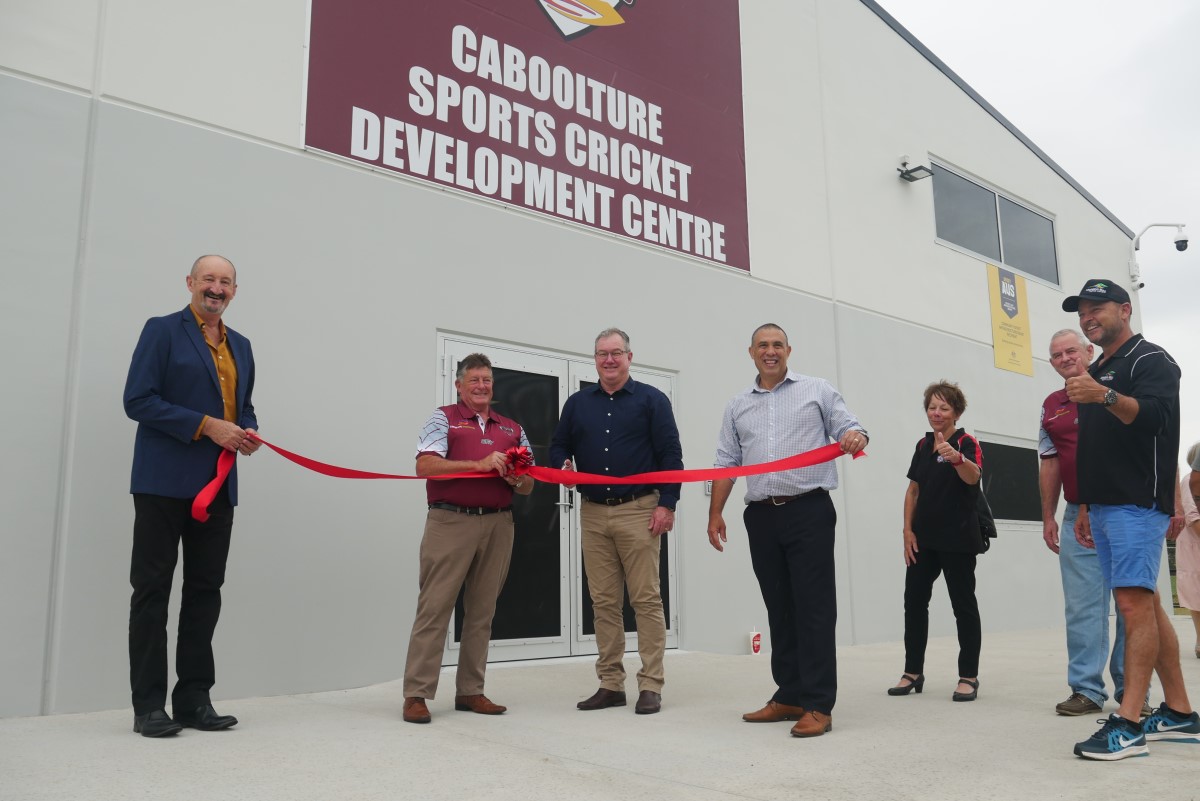 Australian and Queensland government representatives joined with Moreton Bay Regional Council councillors and Caboolture Sports Club representatives to unveil the plaque and welcome in a new era for the Club.

The new facility will help cater for year-round training for members and various cricket users and features a full-height tilt concrete slab that eliminates ‘bat on ball’ noise disturbance for neighbouring residences; LED lighting that can be varied to suit high-performance training squads and other users; fully air-conditioned facilities and a 50 panel/16.5kw solar electric system.

“We now have a quality dedicated cricket facility right here in Morayfield that will focus on skill development. This will not only assist our higher-level teams but equally important, our juniors and new female players that are coming into the game,” added Adams.

“We’ve been able to put $400,000 of the Caboolture Sports Club money into additional cricket wickets, side screens, picket fencing, and all that infrastructure will hopefully get us into the Brisbane competition in the near future,” commented Kelvin Patch, CSC Group CEO.

With the facilities now upgraded, the club is set to have its senior mens and womens teams to be ready to compete in the Brisbane Premier grades by 2023/2024.