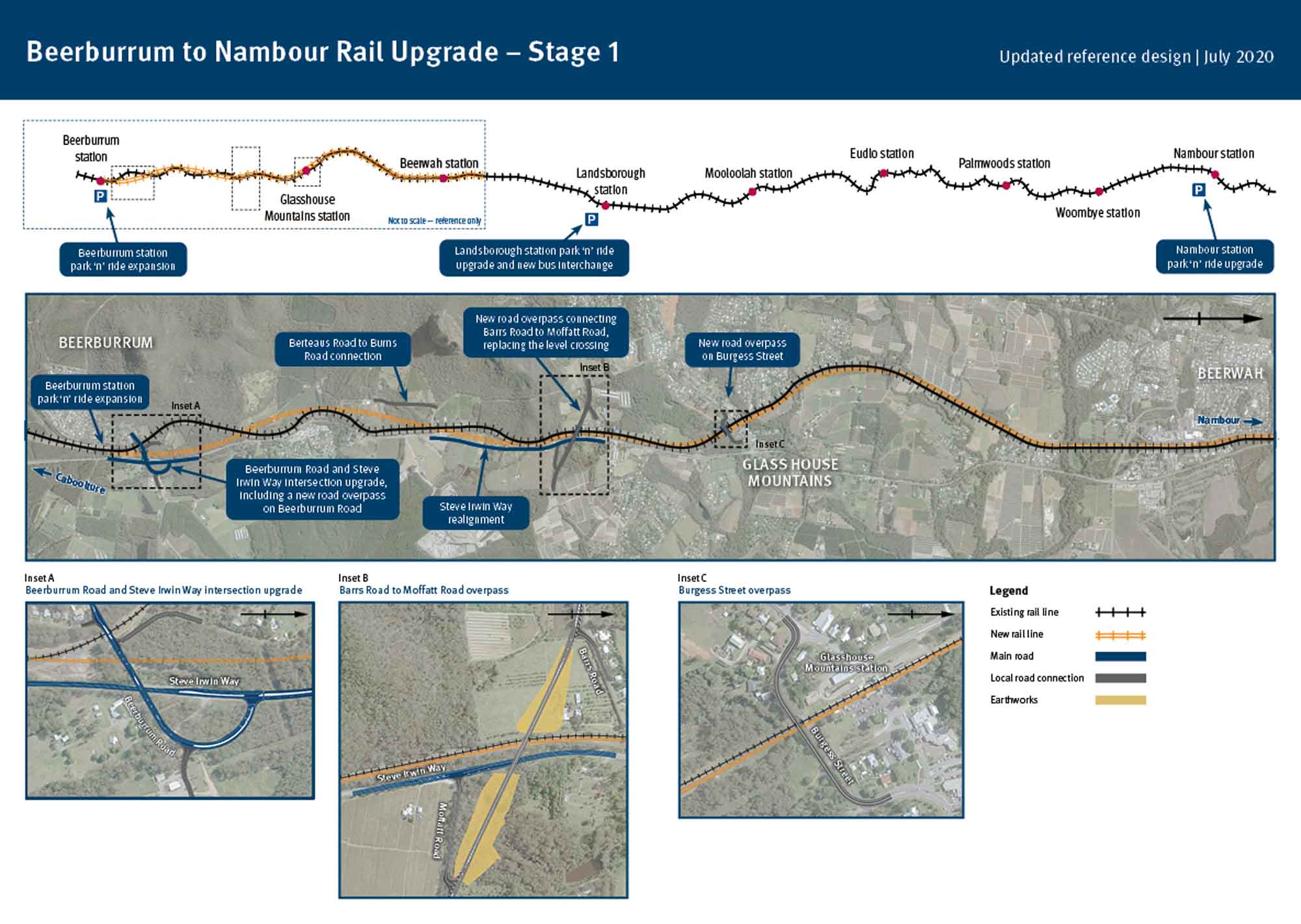 Have your say on Sunshine Coast rail upgrade

The Sunshine Coast community is invited to share ideas on proposed rail and commuter parking improvements as part of the jointly funded $550 million Beerburrum to Nambour Rail (B2N) Upgrade.

Expressions of interest have been launched for locals to join a community reference group, while consultation has also been launched on proposed park‘n’ride expansions at Beerburrum, Landsborough and Nambour.

“Beerburrum to Nambour is a vital infrastructure upgrade that will both improve current and future passenger services whilst also increasing the capacity for freight trains,” the Deputy Prime Minister said.

“This will divert commuters off the Bruce Highway which in turn will improve traffic flow.

“Reduced travel times, greater service reliability and increased parking at stations will attract more travellers to rail between the regions and Brisbane in particular.”

Queensland Minister for Transport and Main Roads Mark Bailey said the project would be a game changer for jobs and transport on the Sunshine Coast, especially with COVID-19, and getting meaningful input now would make sure the project benefits as many as possible and unlocks 333 construction jobs sooner.

“Queenslanders have stepped up to help manage the health impacts of COVID-19, which means the state government has been able to get on with Queensland’s plan for economic recovery,” Mr Bailey said.

“The existing station car parks are at capacity and we know there’s limited on-street parking opportunities near the stations.

“That’s why we want to hear from the community on new facilities that will increase commuter parking capacity, improve access help to manage road parking pressures in the surrounding streets and suburbs.”

Mr Bailey said feedback was also being sought on priorities for biking and walking infrastructure, with $6.5 million in state funding allocated to creating better active transport in the hinterlands.

“I encourage the community to view the information and concept layouts available on the B2N project webpage and link to the online engagement tool to have your say,” he said.

“We are also inviting people to nominate to join community reference groups. Reference group members will represent community issues and provide grass-root insights, allowing the project team to draw on their local knowledge and experience.

“The groups also provide a pathway for the project team to answer questions and provide details directly back to the community.”

“Creating an expected 333 jobs during construction, the Australian Government is investing in lasting infrastructure which will kick-start our economic recovery and benefit Queenslanders for years to come.”

Federal Member for Fairfax Ted O’Brien said construction is expected to be completed by 2024, weather and construction conditions permitting.

“The Australian Government continues to deliver for the people of the Sunshine Coast. In conjunction with the State Government, we are building the $550 million rail upgrade alongside close to $3 billion in Bruce Highway upgrades through the Sunshine Coast, sparking more than 2,000 jobs for the region.

“In June this year, the Australian Government announced a further $324.3 million to help deliver $415 million in shovel-ready infrastructure projects in Queensland alone, boosting regional economies at a time when it is needed most.”

Expressions of interest to join the community reference groups are open until 12 October.

The successful tenderer is expected to be selected and start detailed design and site investigations in mid-2021, with major construction works expected to start in mid-2022.