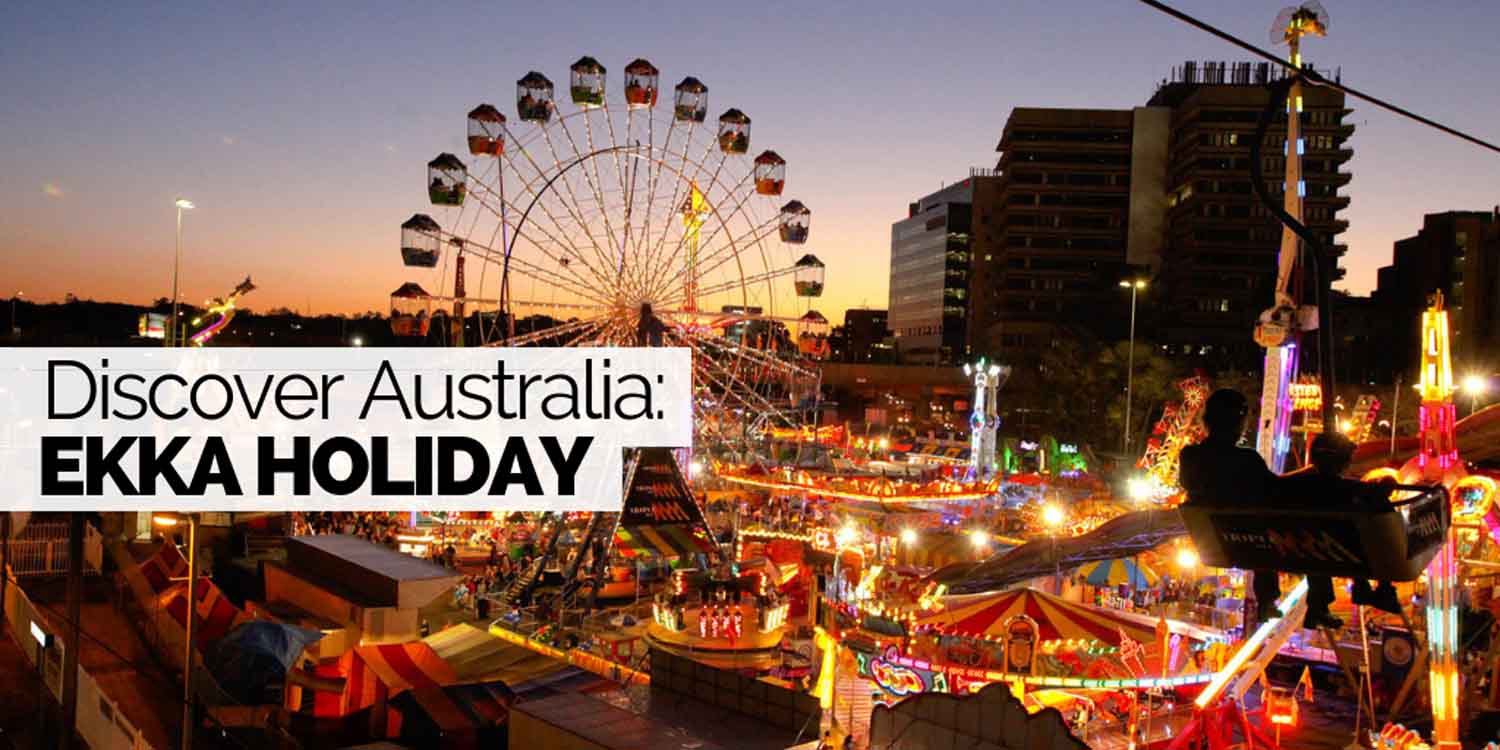 EKKA Holiday Announcement: this morning the State Government  have announced that the EKKA Brisbane public holiday will be moved from Wednesday 12th August to Friday 14th for a long weekend.

A great one of special long weekend to support our tourism industry.

This Year’s Ekka Show Holiday will move to create a one-off long weekend giving locals the chance for a mini-break and our tourism industry a much-needed boost.

Premier Annastacia Palaszczuk has announced that, for this year only, People’s Day will become the People’s Long Weekend moving from Wednesday August 12 to Friday August 14.

The Premier said, with further easing of restrictions expected in August, the long weekend would provide extra stimulus for the tourism industry.

“Everyone knows the Ekka is when the bush meets the city,” the Premier said.

“Since that can’t happen this year, this gives the city the chance to go to bush – or the beach – have break and let Queenslanders support Queenslanders in our wonderful tourism industry.”

“This is a great win for the tourism industry,” Ms Jones said.

“We’re urging families to take advantage of the long weekend – get out of the house and support local businesses.”

RNA President David Thomas said organisers are happy to surrender the Show Holiday – just this once.

“Since we can’t have the Ekka as we usually do, it’s good that People’s Day can help other people,” he said.

Industrial Relations Minister Grace Grace said the move was done after consultation with the RNA.

“We are all aware of the impact that COVID-19 has had on every Queenslander and I want to thank the RNA for their co-operation on this matter,” Ms Grace said.

“It was obviously a difficult decision for the RNA to cancel this year’s Ekka, only the third time in its 144-year history.

“Rest assured this move is strictly for this year only, the Ekka Show Holiday will return on People’s Day in 2021.”

Minister Grace said the same changes to show holidays could apply to other local government regions, if councils were wanting to make that shift.

“Under the Public Holidays Act, the Minister has the power to appoint show holidays based on nominations from individual councils in line with their respective Show Holiday dates,” she said.

“If any councils wish to change or postpone their nominated Show Holiday to a later date because of COVID 19, I encourage them to write to the me with that request.

“Any such requests will be given favourable consideration in the circumstances.

“Until any changes are made, show public holidays will remain as they are.”

The Moreton Bay Regional Council has since decided to move in line with the state government on the alternative date this year only.