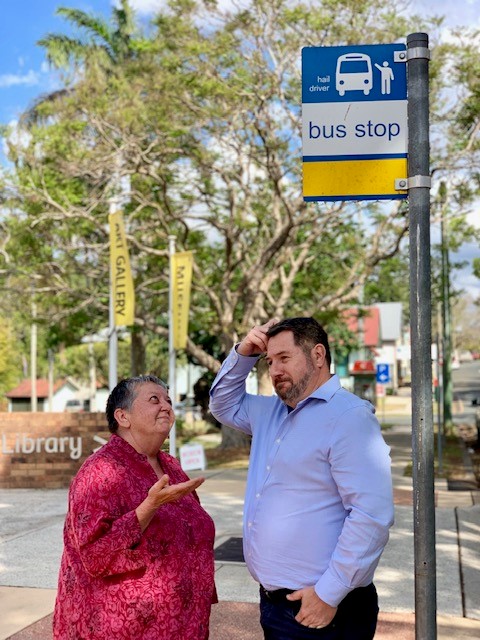 Setting the wheels in motion for buses between Woodford and Caboolture

Member for Glass House Andrew Powell has tabled a petition signed by residents of the Glass House electorate and surrounds calling on the Government to increase the number of daily bus services between Woodford and Caboolture.

“At the moment, there are only four services each day. For towns like Woodford, D’Aguilar and Wamuran, with no rail line, buses are the only available form of public transport” said Mr Powell.

“Because of this, we are requesting that the number of daily services be increased to six or even eight.”

“Without more services, locals are left to pay for expensive taxi rides or lean on family and friends to transport them when they are unable to do so themselves.”

In response to previous requests to have the number of services increased, the Government has maintained that there is a “limited demand” for additional services from this region, with a review of current patronage levels identifying that existing services have available capacity.

“They’ve completely missed the point. The reason that the Woodford to Caboolture service doesn’t have many commuters is because the timetable is inadequate for most people. There’s little flexibility so commuters have to find alternatives.  More buses will naturally bring more commuters.”

TransLink also reduce their services to two per weekday in school holidays.

“Whether you’re needing a bus to get to work, a doctor’s appointment, the shops, or even just to visit a friend, you have a right to expect adequate servicing.”

There are almost 8,000 people, of all ages, living in Woodford, D’Aguilar and Wamuran.

“At the end of the day it comes down to this. These towns are being treated like they’re regional when they’re not. They’re a maximum of thirty minutes away from the Caboolture town centre and have populations to justify and support better, more frequent public transport.”

“On the back of tabling this petition, I hope to receive a more favourable response from the Minister for Transport and Main Roads soon,” concluded Mr Powell.