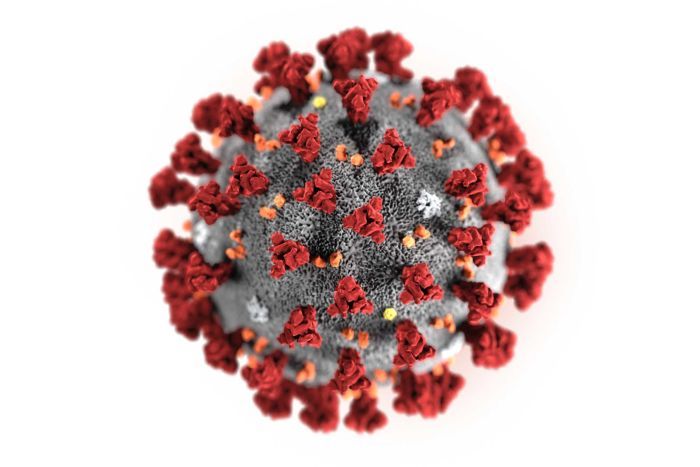 The Prime Minister has announced Australia is activating an emergency plan to deal with the outbreak of the coronavirus.

Scott Morrison said the virus had spread rapidly outside of China, which had prompted his Government to elevate Australia's response.

"We believe the risk of global pandemic is very much upon us and as a result, as a government, we need to take the steps necessary to prepare for such a pandemic," he said.

The Federal Government has also extended its coronavirus travel ban for another week amid fears a COVID-19 global pandemic will soon be declared.

The ban means foreign nationals who have been in mainland China are not allowed into Australia for 14 days from the time they left China.

Australian citizens and permanent residents are able to enter Australia, but need to isolate themselves for a fortnight.

The Government first introduced a 14-day travel ban for travellers from mainland China at the start of the month. It has since been extended three times.

The new travel ban will end on Saturday, March 7. The Government will review the ban again within a week.

The Government at the weekend announced it would allow senior high school students from China to travel to Australia under strict protocols.

But Mr Morrison told reporters on Thursday there were "no carve-outs" as part of the extended travel ban.

He said extending the travel ban was based on the advice of the chief medical officer and his state counterparts.

Health Minister Greg Hunt said enacting the emergency response plan meant the Federal Government would work more closely with the states to ensure there were adequate medical supplies and personal protective equipment across the country.

"One of the things we're most focused on is to make sure we have the personnel capacity if there is a surge within our hospitals and medical system," he said.

"In the event of a pandemic, the goal is to slow its spread if it gets to Australia.

"But with the number of countries that are now affected, we have to be realistic about the likelihood of containment strategies into the weeks ahead."

The scope of the emergency response will be escalated to a higher level according to the spread of the disease. In the worst case, that would include:

People having to work from home

But Mr Morrison insisted that level of response was not yet needed.

"You can still go and play with your friends down the street. You can go after the concert and you can go out for a Chinese meal.

"You can do all of these things because Australia has acted quickly."

Coronavirus COVID-19 symptoms, when should you see a doctor and how the infection spreads

The World Health Organisation (WHO) has stopped short of declaring coronavirus a global pandemic so far but this may change in the near future.

But with the death toll approaching 3,000, the virus has prompted unprecedented levels of worldwide action to control its spread.

If you're looking for a quick refresh on all of the key facts about coronavirus, you can find them here.

Coronaviruses are a big group of viruses that cause illnesses, like the common cold and gastrointestinal infections, and more recent diseases like SARS and MERS.

This particular strain of coronavirus — called COVID-19 — is new, and likely originated from germs spreading from animals to humans at a live animal market in Wuhan, China, in December 2019.

Why is everyone so worried?

Compared to SARS, the fatality rate of coronavirus is low — hovering around 3 per cent in China and 1.5 per cent outside China, according to the Australian Department of Health.

The World Health Organisation estimated the SARS fatality rate was around 10 per cent.

While there are still many unknowns, the high infection count has many experts worried about how quickly the coronavirus can be transmitted from person to person.

There is also no vaccine, although progress on a vaccine is being made both at home and globally.

Where has it spread to?

Since early January, China has implemented unprecedented infection control measures, including policies restricting the movement of about 500 million people.

Several officials have voiced hopes the spread of the virus is slowing in China and it may soon be under control in the country.

"Through our efforts, the epidemic is overall under control," China's Foreign Minister Wang Yi said earlier in February.

Earlier this week, Australia's Health Minister, Greg Hunt, said the virus had been contained in Australia and there were indications transmission was slowing globally overall.

However, authorities are turning their focus to South Korea, Japan, and Iran, which have all experienced outbreaks of the disease, including at least 16 deaths in Iran.

"Our major concern at the moment is the international situation in those countries which have had significant outbreaks, and we've seen further growth in the Republic of Korea and Italy," Australia's chief health officer Brendan Murphy said on Wednesday.

What are the symptoms?

They could include a fever, cough, runny nose, muscle aches and pains, and diarrhoea.

In the most severe cases, the virus causes pneumonia — the infection of one or both lungs.

Mr Hunt said the elderly were most vulnerable to the virus and the Department of Health had been in contact with aged-care facilities regarding containment processes.

How does it spread?

Coronaviruses spread through secretions when we sneeze or cough — which is why it's important to wash your hands thoroughly and frequently and cover your mouth when coughing or sneezing.

When should I go to the doctor?

If you are experiencing flu-like symptoms, you should phone your GP and explain your symptoms as well as your travel history.

Do not make an appointment or attend a GP practice or hospital without informing them first, as they will need to make arrangements to protect others before you arrive.

Should I be doing anything differently?

Health authorities say you can be confident going about your daily life as normal.

However, experts say now is a good time to make some preparations should the virus reach pandemic proportions

WHO's director-general Tedros Adhanom Ghebreyesus said the virus had pandemic potential but, right now, using the word "does not fit the facts but may certainly cause fear".

In any case, Dr Murphy said if a WHO pandemic was declared but the virus was contained in Australia, authorities would "just continue what we're doing now".

"A pandemic is a label that simply says there is sustained community transmission in several countries," he said.

"We are already preparing for the eventuality that we have further outbreaks in Australia, should they happen.

"That's what the situation is about. Declaring the pandemic isn't changing what we do."

What are the current travel restrictions?

China remains at a 'do not travel' level. If you have a trip to China planned, the Federal Government is urging you to make other arrangements.

Foreign nationals in China remained barred from entry into Australia for 14 days from the time they left China.

The travel alert levels in several other regions have been raised in response to outbreaks outside China.

The Australian Government has lifted its advice for Northern Italy to Level 2, which means people planning to travel to the provinces of Lombardi and Vietto should exercise a high degree of caution.

The same advice level applies to South Korea overall, with authorities lifting the level in the cities of Daegu and Cheongdo to a 'reconsider your need to travel' level.

Similarly, authorities advise you to reconsider your need to travel to Iran, due to both the volatile security situation and the recent outbreak of the infection.

including getting your flu shot this year, and perhaps including some sensible additions in your next grocery shop.

"There is no reason for people to be wearing masks," Dr Murphy said.

"There's no reason for people to avoid anybody of any particular background or appearance."

Does the World Health Organisation think it's a pandemic?

The WHO has declared COVID-19 a public health emergency of international concern, but it has stopped short of declaring it a pandemic.