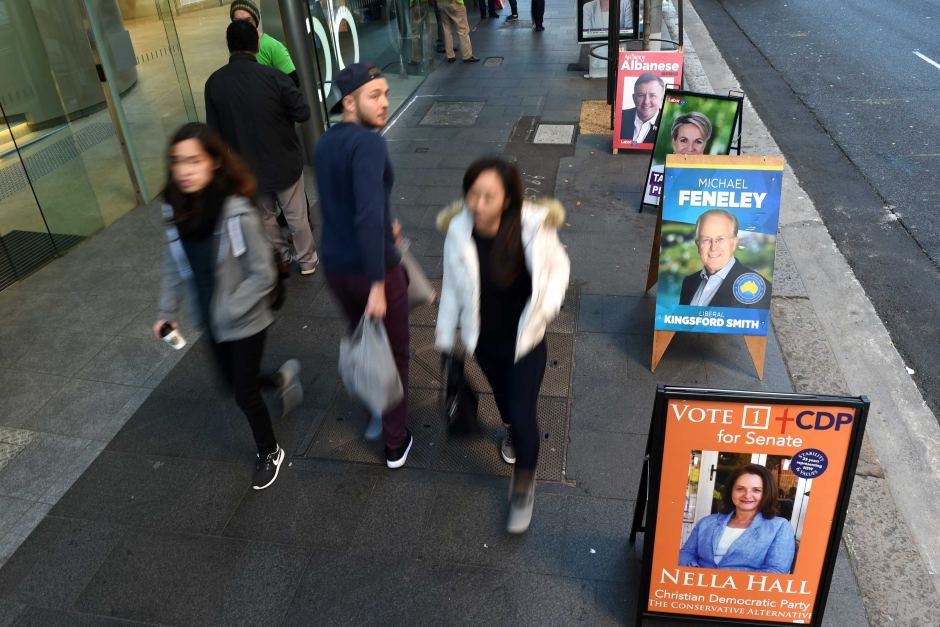 Polling station bunting – lose it or keep it?

Love it or hate it, election bunting on polling day has become part of the experience for Queensland voters – but the Palaszczuk Government is asking if you want it to stay that way.

Attorney-General and Minister for Justice Yvette D’Ath wants to hear from Queenslanders about what they think of polling stations being swamped with signage on election day.

“I think most people are sick and tired of the signs and bunting taking up every inch of available space – and it’s time to have a discussion about getting rid of it,” Mrs D’Ath said.

“In the last couple of elections it’s been out of control - there were so many signs, and each day they got bigger and bigger.

“It’s got to the point where there’s a massive wall of clashing colours and slogans – and I don’t know if anybody can actually register any of the messages.

“Some schools are frustrated with people putting up bunting and signage even before the school day has finished.

“There have even been reports of arguments and fights between opposing candidates and their support teams as they try to get the best spots.

“It’s also a matter of how much waste is generated – countless tonnes of plastic and paper ending up in landfills around the state.

“My preference is to get rid of bunting altogether – as we have seen introduced in some other jurisdictions.

“I think people want to see change in this space – but I’m very keen to hear what Queenslanders think.”

Anyone who is interested in having their say can go to getinvolved.qld.gov.au