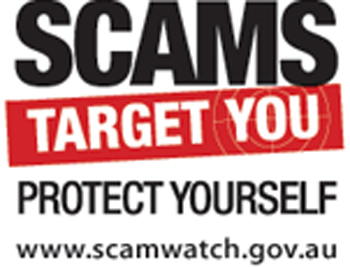 Queenslanders urged to ask if they are ‘Too smart to be scammed?’

Scammers are always in search of new victims, and Queenslanders are being warned not to become complacent.

Attorney-General and Minister for Justice Yvette D’Ath said Scams Awareness Week, which starts tomorrow, highlighted the need for the public to ask themselves if they are ‘Too smart to be scammed?’

“According to the Scams Awareness Network, many Australians confidently believe they could spot a scam, and would know what to do if they were targeted,” Mrs D’Ath said.

“Unfortunately, though, the amount of money lost to scams is increasing from year to year.

“Australians lost almost half a billion dollars to scammers last year, according to a report from the Australian Competition and Consumer Commission.

“Total combined losses reported to the ACCC and other government agencies exceeded $489 million, which was $149 million more than in 2017.

“And as the ACCC pointed out, these record losses were only part of the picture as not everyone who suffers a loss to a scammer reports it to authorities.”

“While people may know to ignore a poorly spelt email from a Nigerian prince offering you millions of dollars, the current scams we are seeing involve professional-looking emails and websites, and very convincing phone calls and texts,” she said.

The scams that claimed the most money from victims in 2018 were investment scams and romance scams, with business email scams quickly catching up.

In one recent case, an Ipswich woman and her husband were scammed $22,000 when they transferred a payment for home renovations to what they thought was their builder’s bank account.

Unbeknown to them, the woman’s email account had been hacked and the builder’s invoice intercepted. In the space of two hours, the hacker had changed the BSB and account numbers on the invoice.

The scam came to light when four days later the builder enquired about when he could expect payment. Against all odds, the scammer was caught out through bank surveillance when he continued to operate the account where the money had been sent, and the couple’s $22,000 was recovered.

Mrs D’Ath said there were some simple steps Queenslanders could take to avoid being ripped off.

“Although scammers have new tricks, old-fashioned common sense is the best defence,” she said.

“Take some time to stop and think before you hand money over to a stranger. A couple of minutes’ research and talking to a trusted friend can make all the difference.”

A mobile phone scam now circulating in Brisbane involves a bogus Australia Post message, which advises recipients of a delivery which requires a signature.

The initial message is quickly followed by a second malicious text which advises the package has been detained and provides a web link for more information. If the recipient clicks on that link they are asked for money and their bank details to retrieve the package.

Australia Post has issued an urgent alert advising people the SMS has not come from them and is a phishing scam.

Mrs D’Ath said to avoid business email scams where a hacker gained access to an email account and sent false requests for money or falsely instructed a change of bank details, the Office of Fair Trading advised businesses to implement a ‘two-factor check’ in their day-to-day procedures.

“Individuals can use this safeguard too. For example, if you receive an email that says it’s from your bank or telecommunications company, close the email and do your own internet search for the contact details of the business to verify them.

“Don’t click on links or make calls to phone numbers in the email itself, because these could be fake.

“It’s also really important to take the time to warn your family and friends about potential scams, as money lost to scammers based overseas is almost impossible to recover.

“Scams target people of all backgrounds, ages and income levels, so all of us are potentially vulnerable at some time,” Mrs D’Ath said.

More information on current scams, as well as tips to protect yourself, is available via the Scamwatch website www.scamwatch.gov.au or by phoning 13 QGOV (13 74 68).