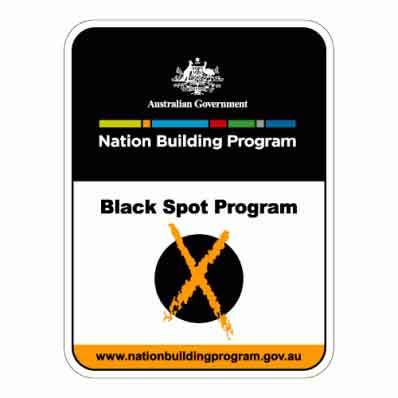 Black Spot Program funds to save lives in Longman

Residents of the Longman electorate received a major road safety boost today with the Federal Liberal and Nationals Government announcing it will invest $703,000 towards installing traffic lights at the intersection of Graham Road and Lomandra Drive in Morayfield under the 2019–20 Black Spot Program.

Deputy Prime Minister and Minister for Infrastructure, Transport and Regional Development Michael McCormack announced Queensland would receive an additional $10.4 million for the state under the Black Spot Program’s 2019–20 funding round, bringing total funding for 2019–20 to nearly $23 million.

“The Federal Liberal and Nationals Government is committed to making roads safer in Queensland and right across the nation – getting you home sooner and safer no matter where you live,” Mr McCormack said.

“Representing a regional electorate myself, I know first-hand how road crashes causing death and injury affect smaller communities, so I am very pleased to be able to announce today the details of how this round of Black Spot funding will be distributed.

“By specifically targeting road locations with a history of crashes for safety upgrades such as lighting, signage, traffic lights and roundabouts, the Black Spot Program reduces crashes causing injury and death at those sites by around 30 per cent.”

Assistant Minister for Road Safety and Freight Transport Scott Buchholz said road crashes placed major emotional and economic strains on all affected communities but particularly the families and friends of the victims.

“The Federal Government takes road safety seriously. Just last week we established a new Joint Committee on Road Safety aimed at driving down road trauma because one death and one crash on our roads is one too many,” Mr Buchholz said.

“Fixing the 58 black spots identified in Queensland over the next 12 months will play a crucial role in helping us achieve that goal.”

“I am pleased to see that the installation of traffic lights at the intersection of Graham Road and Lomandra Drive at Morayfield will be delivered under the 2019–20 funding round,” Mr Young said.

“Motorists living within and visiting Longman will also be pleased to know that notorious black spots at this intersection will be fixed with funding from the program.

“None of these projects would be delivered without the community’s vital input and I encourage all residents and motorists in the region to nominate projects for future funding rounds.”

The Federal Liberal and Nationals Government has committed $1.05 billion to the Black Spot Program from 2013–14 to 2022–23 to improve road safety across the nation.

For more information on the Australian Government’s Black Spot Program, or to nominate a black spot, visit http://investment.infrastructure.gov.au/funding/blackspots.