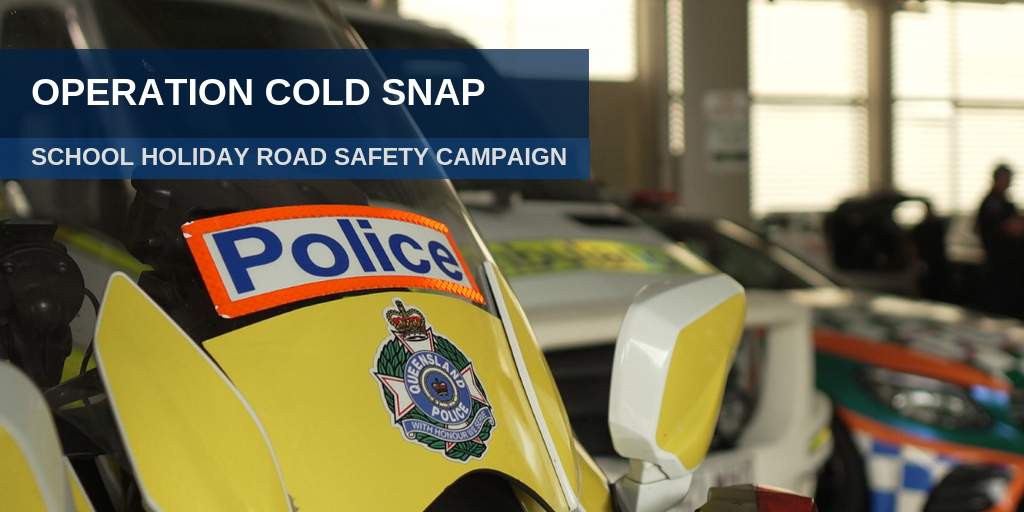 Between June 29, and July 19, the QPS will coordinate a state-wide traffic policing operation designed to improve road safety and reduce the number of fatal or serious injury traffic crashes.

This operation coincides with the June/July school holidays and a period in which there is an increase in vehicles using Queensland roads.

The operation will include strategies such as a highly visible police presence on Queensland roads and roadside drug and alcohol testing for police to detect offences and enforce the road rules.

“Drivers who fail to comply with traffic laws and regulations place road users across Queensland at a high risk of being involved in a serious or fatal traffic crash,” Assistant Commissioner Keating said.

“The current road toll in Queensland is 96, that is 14 less than this time last year.

“Research supports the fact that the fatal five are contributing factors in reducing the amount of fatal and injury traffic crashes.

“Between June 29 and July 19, anyone travelling on the state’s highways can expect to encounter police.”

Minister Ryan said the Queensland Government and QPS were committed to reducing the road toll.

“The Queensland Government and QPS are working together to refocus driver’s attention and to allow drivers to reach their destinations safely.

“We do this because we want there to be zero fatalities.

“I urge all road users to be extra careful on our roads over this holiday period and help make this break a safe one for all Queenslanders.”