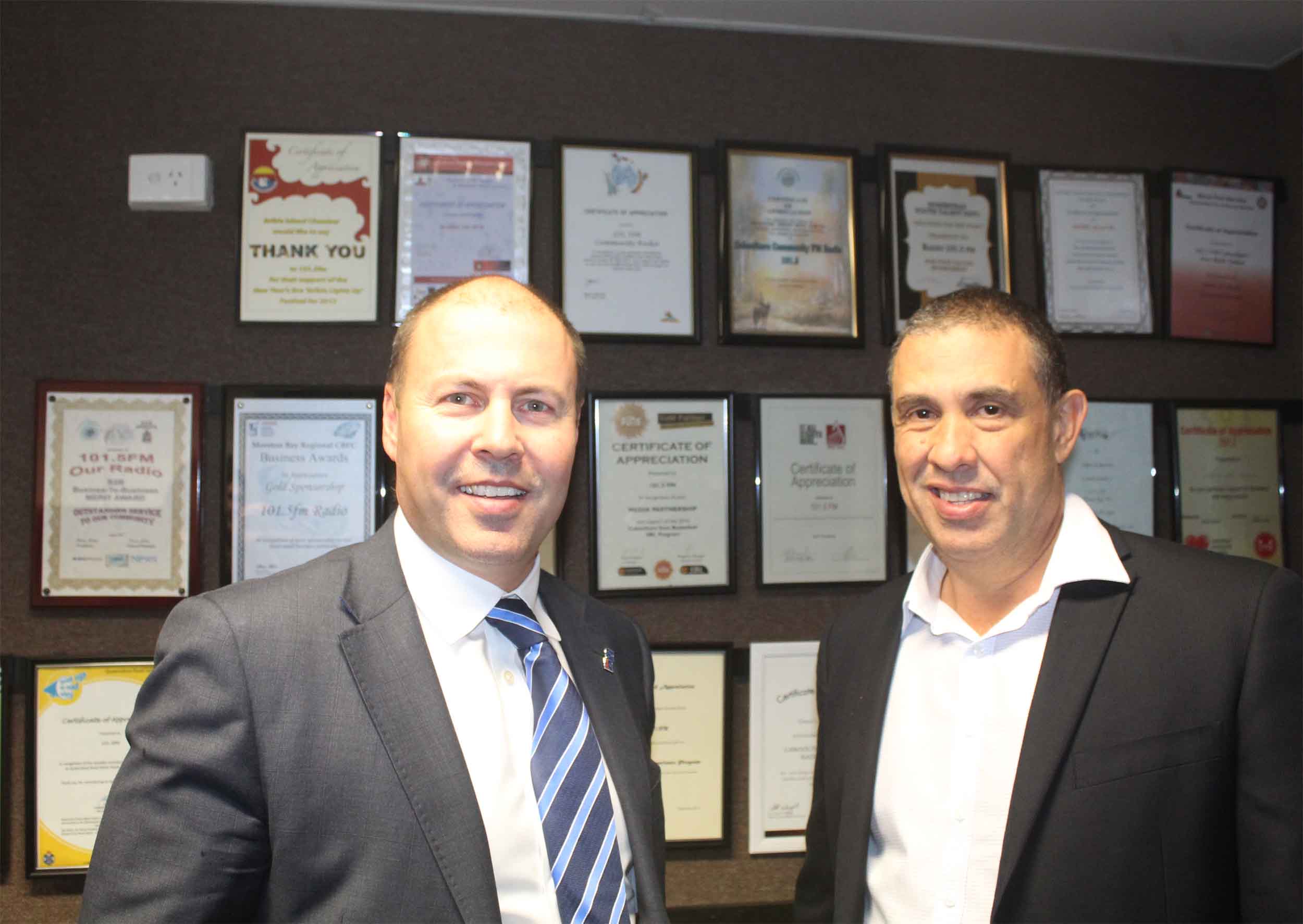 Buoyed by a strong mandate from this years Federal Election and with The Hon Josh Frydenberg at the helm of Treasury in Canberra, he believes the future looks bright for the Government to deliver on making small business great an important part of the national economic engine.

Josh came to the Caboolture region to first speak to businessmen at at function at the Caboolture Sports Club outlining the "Federal Governments Pro-Growth Agenda and plans for small Business".

The Federal Treasurer also had the opportunity to visit 101.5 for a exclusive interview on how the federal government will get the wheels of the economy more free moving with forward momentum.

Challenges for the Government is overseas market forces with both Trade Tariff wars and oil being key issues, domestically wages being flat and the historic lows of the Federal Reserve Interest rates now at 1%.

So how does the treasurer hope to deliver we ask the questions, Josh says one of the key components is the tax cuts which has just passed parliament, with 62,000 tax payers will benefit in Longman with tax cuts, this will be echoed through out Australia that taxpayers will also benefit. Many of those will get the full 1080 dollars back in their pockets.

earning 60,000 dollars a year the tax benefit being 2,160 dollars back to the taxpayer.

For Small Business the continuation of the Instant write-off scheme of 30,000 dollars by those business with a turnover of up to 50 Million dollars, this will be of benefit to the 13,000 small and medium sized businesses in Longman alone.

A Hundred Billion dollars on Infrastructure spending nationwide and the the 80, 000 new apprentices being put on soon to add to the workforce is part of the packages already in the ground working for the improvement of Australia.

One in Four pensioners will get a benefit through the changes to deeming rates, there being two deeming rates one the lower reducing by 74 basis points to 1 percent, while the higher deeming rate which was at 3 and a quarter percent will now come down to 3 percent.

Josh Frydenberg says that he is impressed with the win Terry Young had with the Seat of Longman in the Federal Parliament, "that Terry brings small business skills to the government and his passion for his constituents here in Longman".

When asked about the stagnant wages issue, Mr Frydenberg replied with wages is all about productivity,k and the key to productivity is tax cuts, participation in the work force, infrastructure spending, apprentices joining the workforce and a review in industrial relations sector and cutting red tape.

On the red tape issue, the Treasurer confirmed he is seeking to reduce this more for small business.

On a final note Josh Frydenberg confirmed also this wont be the last visit here, and who knows the Prime Minister might tag along, since the incumbent Member for Longman has had plenty of visits and more to come