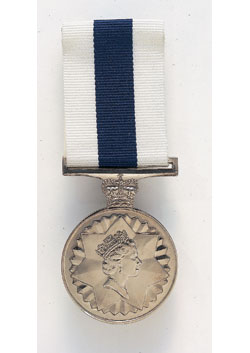 Minister for Police and Minister for Corrective Services the Honourable Mark Ryan MP and Commissioner Ian Stewart have congratulated officers and staff members from the Queensland Police Service and Public Safety Business Agency who received medals, certificates and awards at a ceremony held at Police Headquarters today.

Minister Ryan awarded Commissioner Stewart with his Third Clasp to the National Medal and 45-Year Clasp to the Queensland Police Service Medal.

“I am very fortunate today to be acknowledging Commissioner Stewart who is the first to receive the Third Clasp to the National Medal for recognition of 45 years of dedicated service to Queensland,” Minister Ryan said.

The Queensland Police Service Medal is an award approved by the Commissioner of Police in recognition of diligent and ethical service by QPS employees after 10 years of full-time qualifying service.

The Queensland Police Service Medal Clasp is awarded to officers and staff upon completion of an extra five years of service. Commissioner Stewart presented one 35-years of service clasp to Inspector Mark Laing. A further 11 clasps were presented ranging from 15 years to 30 years.

Deputy Commissioner Stephan Gollschewski was awarded the Queensland Police Exemplary Conduct Medal with Commonwealth Games Clasp for demonstrating exemplary conduct in a role which enhances the professional image of the service.

Minister Ryan said that the award recipients had an important hand in shaping Queensland and the lives of many people who live, work and visit the state.

“I know that you will continue to work in a professional, responsive, and ethical way to ensure the safety and quality of life for the people of Queensland for the years to come,” Minister Ryan said.

“Each recipient should be very proud of their achievements today. You have displayed a commendable work ethic as a member of the Queensland Police Service,” Commissioner Stewart said.

Minister Ryan also took this opportunity to thank Commissioner Stewart for his support and assistance during his role as Police Commissioner.

“It has been my pleasure to be able to share these times with you and to recognise the members of the Queensland Police Service and the exceptional work that you all do,” Minister Ryan said.

Minister for Police and Minister for Corrective Services, the Honourable Mark Ryan MP and Commissioner Ian Stewart welcomed the announcement of the seven recipients from the QPS who will receive the Australian Police Medal (APM) and be nationally honoured for their distinguished service.

The QPS APM recipients share a diverse policing history between them, having served throughout Queensland in a number of roles and areas.

All the recipients will be presented with their APM at an upcoming ceremony.

Commissioner Stewart said each of the APM recipients displayed the desired and exemplary attributes of a QPS officer and he was proud to acknowledge them on their outstanding service.

“The recipients reflect dedication and professionalism in all they undertake as an officer of the Queensland Police Service,” Commissioner Stewart said.

“I am proud to have them serving our community.”

Chief Superintendent Marcus is seen as a role model for QPS officers and his professionalism and leadership abilities are qualities that reflect the high standards expected of a QPS officer. His commitment to improvement is demonstrated through his encouragement of police officers to seek out higher education and development opportunities.

Inspector Graham has demonstrated outstanding dedication, professionalism and integrity during his 36 years with the QPS. He is recognised for his commitment to improving policing practices, his pursuit of excellence and his commitment to courage, fairness and pride.

Inspector Pyne is recognised for his commitment, skill and excellence in developing and fostering innovation in policing practice, particularly with at risk youth and for promoting personal development of young people by assisting them to reach their potential through Project Booyah.

Senior Sergeant Teasdale has shown outstanding dedication to the QPS through her service at Charleville and Longreach where she developed her strong sense of resourcefulness and team work, while maintaining her desire to fulfil the values of the QPS. She recently led the QPS Housing Policy Project Team to plan, design and implement the State Housing Policy, which required vision to enhance the standard of police accommodation.

Senior Sergeant Wilkins has served the QPS for 28 years in areas including General Duties, Criminal Investigation Branch, State Crime Command, Criminal Justice Commission, and the Ethical Standards Command. Since 2010 she has worked as the Manager in QPS Honours and Awards Unit and is recognised for her dedication to this role, in particular, the creation of several new awards, following up on the recognition of retired members and her research in historical fallen members of the QPS.

Sergeant Gunthorpe is recognised for his success and partnership with community groups to achieve positive outcomes. This includes fostering relationships with various sporting associations and charity organisations. He has been involved with community activities on a voluntary basis and has positively impacted a number of young people.

Sergeant Owens is recognised for her leadership, professionalism and expertise in investigative practices over her 28 years of service with the QPS. She has demonstrated commitment, skill and excellence in working to advance interests of all staff within QPS and served the community of Queensland with distinction in a range of police appointments.

Minister Ryan said the awards were a fitting acknowledgement of each recipients’ outstanding contribution and commitment to serving the Queensland community.

“The recipients have shown dedication to the Queensland community and their policing standards demonstrate a commitment to upholding community values,” Minister Ryan said.

“Thank you for your ongoing commitment and service.”

Commissioner Stewart acknowledged each recipient and congratulated them on their commitment towards the QPS and the state of Queensland.

“I would like to congratulate and give my own personal thanks to each of the medal recipients,” Commissioner Stewart said.

“Their abilities and professionalism are qualities that reflect the high standards expected of a member of the QPS.”