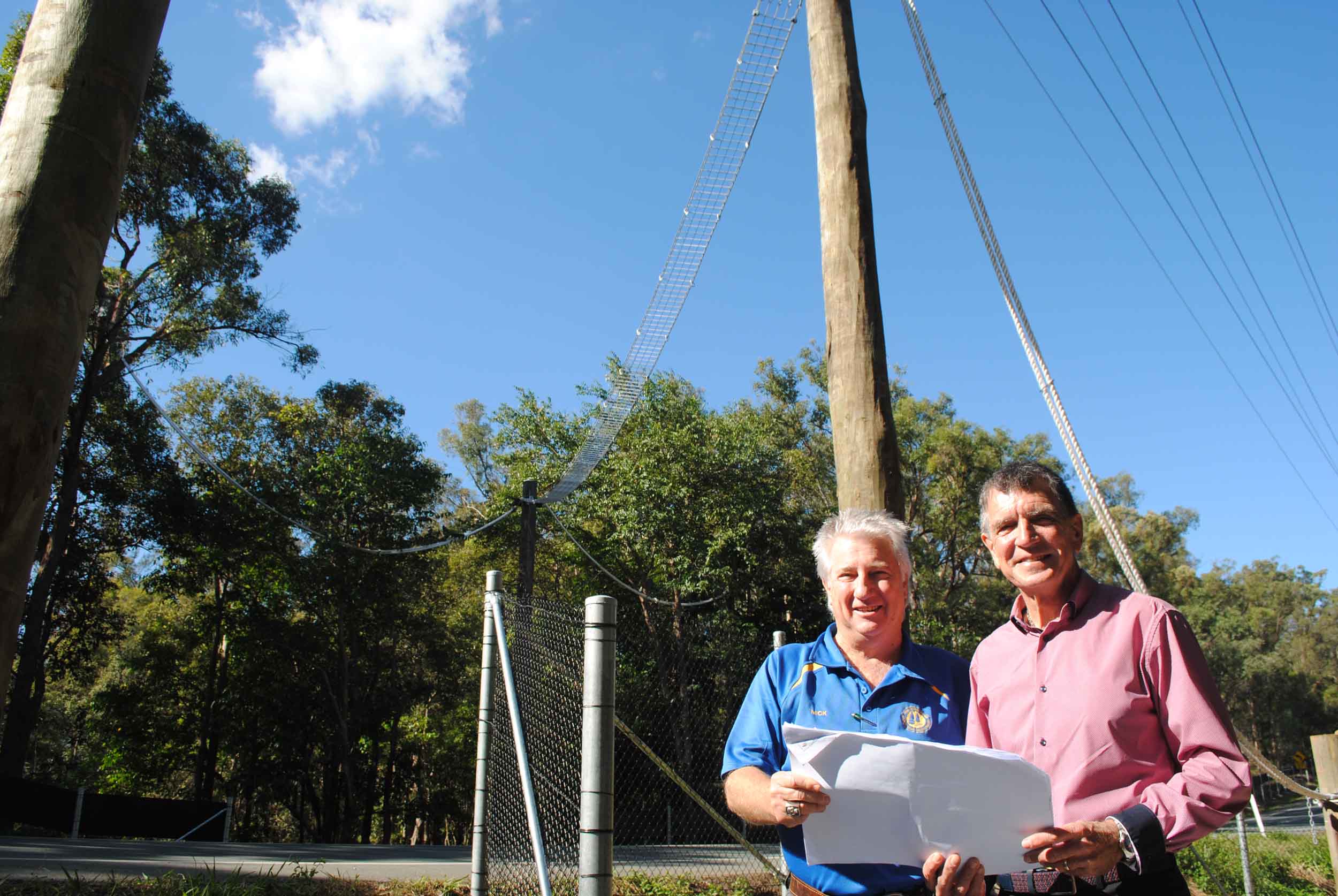 A new fauna rope bridge more than 18 metres long has been built to give native wildlife safer access between the region’s parks, reserves and corridors thanks to Moreton Bay Regional Council.

“Fauna bridges allow native wildlife to move as they would from tree to tree to access nearby local ecosystems without having to dangerously scurry along the road,” he said.

“We’ve also enhanced the nearby fauna underpass by constructing an 18metre long koala post and rail structure to assist koalas to move safely under Kremzow road.”

Spokesperson for Planning and Development and Councillor for Division 8 Mick Gillam said while it was important for development to occur in the region, it was equally important to uphold community and wildlife safety.

“We need to support the growth of the region and see it flourish well into the future, but it’s also important that we balance our growth and work to protect what we love about where we live,” he said

“This project will better connect wildlife in Warner with our region’s green infrastructure network.”

“We’ve got nine fauna rope bridges across the region and we will build another 10 this year. We are also installing wildlife exclusion fencing on both sides of Kremzow road between Lowan Street Reserve and Caspian Parade Park to improve safe fauna movement at this key crossing location,” he said.

“This corridor provides refuge, dispersal and breeding habitat for gliders, echidnas, wallabies and many others.”