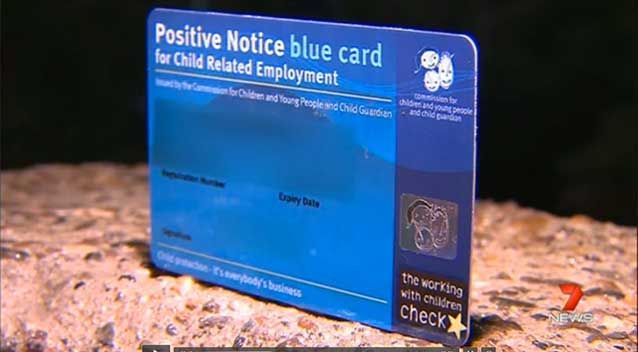 The Palaszczuk Government has added 15 more crimes to the list of disqualifying offences when applying for a Blue Card, as part of its overhaul of Queensland’s working with children check system.

Attorney-General and Minister for Justice Yvette D’Ath said the Working with Children (Risk Management and Screening) and Other Legislation Amendment Bill 2018 passed by the Queensland Parliament today was the first in a series of sweeping reforms to the system.

“Blue Cards are one of a range of measures in place across government to protect children,” she said.

“After its comprehensive review of the Blue Card System, the Queensland Family and Child Commission (QFCC) found our State has one of the strongest working with children check systems in Australia.

“The Palaszczuk Government has been strengthening the system since the QFCC handed down its 81 recommendations.

“This legislation implements the recommendations of the Royal Commission into Institutional Responses to Child Sexual Abuse and QFCC to include bestiality, kidnapping of a child, kidnapping for ransom of a child, child stealing and abduction of a child under 16 as disqualifying offences under the Working with Children Act.

Mrs D’Ath said the legislation also delivered on the Government’s election commitment to implement a ‘No Card, No Start’ system, ensuring the framework needed.

“This means applicants will not be able to commence paid employment while their Blue Card application is pending, reducing the risk to children and further strengthening Queensland’s robust Blue Card System,” she said.

“We are injecting $17 million over the next three years into modernizing the Blue Card System.

“One in six Queensland adults hold a Blue Card and more than 32,000 organizations are part of the Blue Card System. It is vital to ensure that users are ready for the changes when they go live in early 2020.

“No Card, No Start will bring paid employees into line with volunteers and business operators and will prevent someone from employing a person in child-related employment unless the person holds a working with children clearance and the employer has notified the chief executive about the employment or proposed employment of the person.

“To emphasize the significant responsibility that employers have as the gatekeepers of child-related employment, increased penalties will be imposed against an employer who engages an employee without a working with children clearance, if an aggravating circumstance applies. Someone who starts or continues in regulated employment without a Blue Card could face a five year jail term, in certain circumstances.

The changes to the disqualification framework are expected to commence on July 1, 2019.