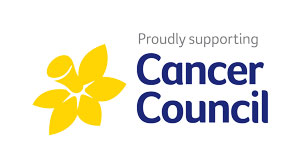 Cancer Council Queensland has called on the Queensland Government to close a loop hole in smoking legislation to better protect people from the harmful effects of second-hand smoke.

The charity’s advocacy efforts come after being contacted by parents of children attending Early Childhood Education and Care (ECEC) facilities that are exposed to tobacco smoke, due to workers at adjoining business premises smoking within the buffer zone.

In Queensland, buffer zones extend for five metres beyond the facility land boundary for ECEC facilities, schools, residential aged care and health facilities, but this area does not extend into residential or business premises that share a boundary.

“Second-hand smoke affects the health of everyone – but babies, infants and children are particularly at risk because they breath faster and their lungs are still developing,” Ms McMillan said.

“Cancer Council Queensland has written to the Queensland Government and urged action on this issue, asking for the removal of the exception in the Act that allows people to smoke within buffer zones after concerned parents advised their children were being put at risk of inhaling second-hand smoke.

“Creating safe and smoke-free environments through amending these buffer zone exemptions is the only way to fully protect children and all non-smokers from the dangers of second-hand smoke.”

Around 3700 Queenslanders die from a tobacco-related disease each year. The Department of Health and Ageing estimated that 141 Australians died from second-hand smoke in 2004–05.

“While legislative change over the past 20 years has contributed to a re-set of community norms and significant reduction in smoking rates, challenges remain,” Ms McMillan said.

“Smoking continues to be the leading cause of premature death and disease in Queensland.

“All levels of Government need to continue to take action to ensure we protect our next generation from the harmful effects of tobacco and a key way forward is the creation of more smoke free spaces.”

Background information on buffer zones
Buffer zones have been created as problems arise when smokers cluster around entrances and exits, and near air-conditioning intake vents.

People who enter and exit the building are exposed to environmental tobacco smoke (ETS) and there may be problems with smoke drift into indoor smoke-free areas. Given that smoking bans reduce smoking prevalence and consumption, it is argued that outdoor bans will further aid in reducing smoking rates.