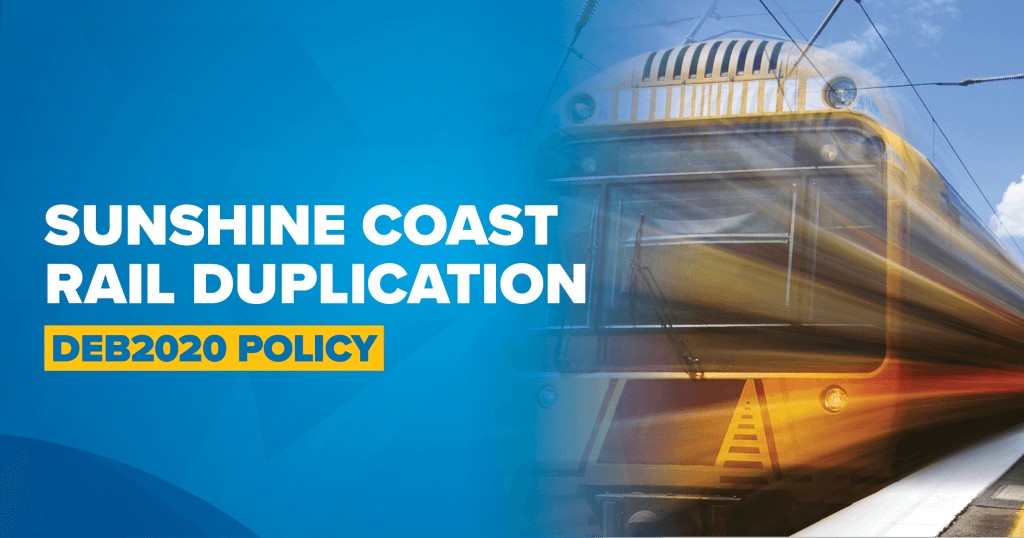 Looking back over the past decade it’s incredible how the coast has grown and changed.

In ten years, new suburbs have been created with developments coming on line at Birtinya, Brightwater, Aura and Palmview to name a few.

Major shopping centre upgrades have been planned, built and opened in Kawana Waters and Sunshine Plaza.

Sadly, one of the things that hasn’t changed are Annastacia Palaszczuk’s empty promises to duplicate the Sunshine Coast rail line.

Under the bad old days of the Bligh Labor Government Annastacia Palaszczuk promised to duplicate the rail line as transport minister in 2009.

Fast forward ten years and while her title may have changed, she is still making the same empty promises.

For a decade Annastacia Palaszczuk have been squabbling over the funding toss with Federal Labor and Coalition Governments.

Irrespective of what’s been offered by the Federal Government, the reality is this Palaszczuk Labor Government is more interested in interested in playing petty politics than busting congestion.

I can guarantee that the cost of congestion from not duplicating the rail line would have far outweighed the amount of funding her government continues to squabble over.

Instead of playing petty schoolyard politics over funding deals, a Frecklington LNP Government would match the Federal Government’s funding and immediately start construction.

This is a shovel-ready project.

It’s time to get on and finally deliver the Sunshine Coast rail duplication.