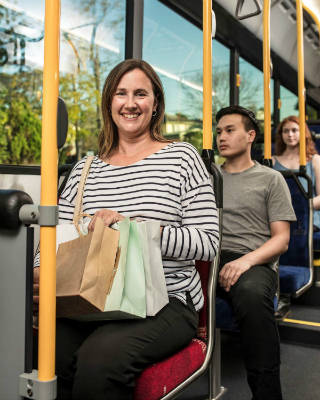 The Palaszczuk Government has announced it will expand Caboolture’s 657 bus service to Pumicestone State School and the Pettigrew Street community precinct.

State Member for Morayfield Mark Ryan welcomed the announcement and said the expansion would benefit locals in a growing area.

“From May 20, the 657 will act as a one stop shop for locals to connect to the Caboolture train station, Pumicestone State School, local retailers and community services near Pettigrew Street Caboolture,” Mr Ryan said.

"Caboolture’s population is expected to grow to more than 35,000 over the next ten years, so it’s great to have been able to work with the Transport Minister to make the bus service expansion a community priority, unlocking more public transport for the region,” Mr Ryan continued.

“A number of important community organisations based in the Pettigrew Street precinct, including the Caboolture PCYC, the Lagoon Creek Café, Reclink Australia and Lion’s Recycle for Sight will greatly benefit from the added connectivity of the expanded 657 route.”

There will be route and timetable changes and passengers should use the TransLink journey planner on the MyTransLink app or on the TransLink Website to plan their journey.

For further information on services visit https://translink.com.au/  download the MyTransLink app, or call 13 12 30.