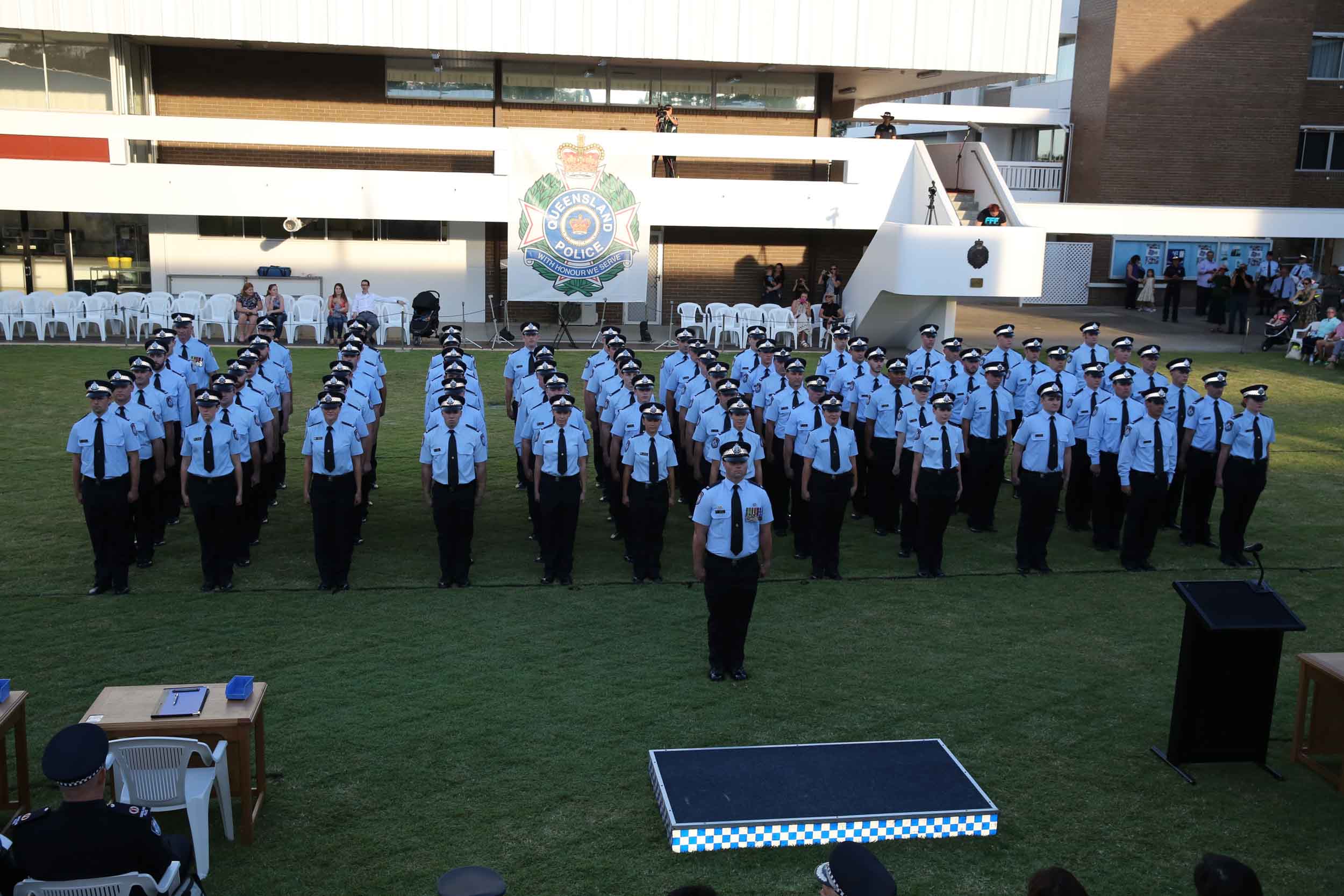 Graduating as First Year Constables (FYC), the new officers have completed 25 weeks of intensive training, preparing them for their new roles serving the community.

Minister Ryan said police performed a vital role in the maintenance of law and order and public safety.

“On behalf of the Queensland Government, I am grateful to the 75 FYCs who have accepted this responsibility today,” Minister Ryan said.

“Each has sworn they will maintain integrity, professionalism and accountability when serving and protecting the people of Queensland. Queenslanders should feel confident these standards will be met.

“They will help to create a safe environment for residents and visitors, working in partnership with their communities and other government agencies around Queensland.

“First Year Constables breathe new life into the Service with their unique experiences and enthusiasm. I would like to acknowledge the education and support services provided by the QPS People Capability Command and wish the 75 FYCs good luck as they embark on their new careers tomorrow.”

The recruit training program provides recruits with a high quality foundation so they can deliver an excellent level of service to the community and ensure their policing skills have developed to a level necessary for operational policing as First Year Constables under supervision.

Commissioner Stewart congratulated the FYCs on their graduation and announced they would commence their careers in the Brisbane, South Eastern, Central, Northern and Southern Regions.

Of the 75 new police officers, 17 FYCs have been allocated to the Brisbane Region, 16 to the South Eastern Region, 21 to the Central Region, one to the Northern Region and 20 to the Southern Region.

As well there will soon be another class of recruits graduating from the Townsville Police Academy, who will bolster police resources in the state’s north and north west.

With this being his last induction with the QPS, Commissioner Stewart reflected on his own graduation.

“I remember my induction well and I hope this afternoon’s ceremony is a memory each FYC carries with them throughout a successful career in the QPS,” Commissioner Stewart said.

“The role of a police officer is like no other – responsible for the safety and security of Queensland. There is no doubt each of these new officers will experience some challenging situations, however, there will also be many rewarding and humbling times.

“I wish luck to every officer in their career and feel confident they will uphold the values expected of a police officer in Queensland.”