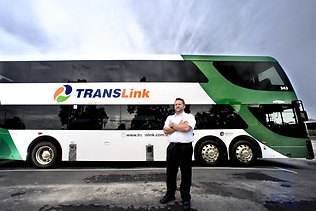 Commuters using the Translink Caboolture, Redcliffe Peninsula, Shorncliffe and Sunshine Coast lines during the forthcoming line closures will be in for a surprise.

A trial system could relieve some of the stress of those residents using the services with improvements to the rail bus replacement system during the April 6-7 track closure.

The trial includes the introduction of benefits such as published timetables, online journey planning and higher all-day frequency of buses.

There will be new passenger information has been created to keep customers informed about the trial, including bus stop timetables and wayfinding maps for affected train stations.

While the system is still in its trial phase, Translink says it is relying on seeing further improvements based on  customers’ experiences.

During the track closures, the use of rail replacement buses allows Queensland Rail to undertake vital maintenance and improvement works while minimising disruption to customers.

Improvements made during this closure will include reconditioning between Northgate and Virginia, ballast replacement between Sunshine and Geebung, station upgrade work at Boondall, Strathpine and Morayfield and general track maintenance across the corridor.

For more information on the closure visit translink.com.au.