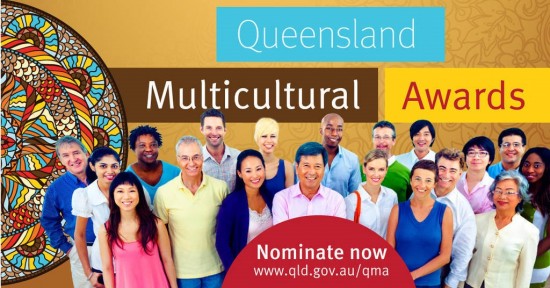 Nominations are now open for the 2019 Multicultural Queensland Awards (MQA), aimed at recognising the valuable contributions of Queenslanders who support and promote a united, harmonious and inclusive Queensland community.

In launching the 2019 MQA, Minister for Multicultural Affairs Stirling Hinchliffe called on nominations for deserving Queenslanders and Queensland organisations.

“These awards are about acknowledging and showcasing the many initiatives that individuals, groups, business and governments undertake to bring people together, create a sense of belonging and celebrate the state’s rich cultural diversity,” Mr Hinchliffe said.

“Last year we saw worthy winners such as Yeronga State High School for leading the way in culturally inclusive practices, Football Queensland for using the power of sport to promote the benefits of cultural diversity and Townsville City Council for its commitment to employing people from diverse cultural backgrounds and bringing the Multicultural Queensland Charter to life.

“The 2018 awards also recognised the achievements of inspiring individuals including Nkosana Mafico, founder of the Council for Young Africans Living Abroad, and Faiza El-Higzi for her commitment to human rights and cultural diversity.

“I strongly urge anyone who is involved in the multicultural sector or promotes the benefits of cultural diversity here in Queensland to nominate now.”

The categories for this year’s awards are:

Nominations close at 5pm on Thursday 18 April 2019. Winners will be announced at an awards ceremony on Friday 30 August 2019 during Multicultural Queensland Month.

For more information, to nominate online or to download the nomination form visit: