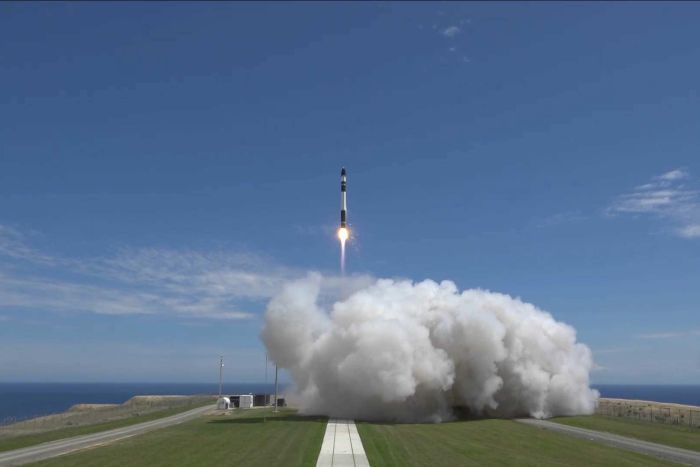 “Today our committee has released the report on the Space Industry inquiry, looking at what opportunities there are for Queensland workers and Queensland businesses, all over the State.

“What we have found is there are incredible opportunities for Qld to fill all parts of the supply chain.

“The space industry is a natural fit for us

“We have some incredible advantages in Queensland.

“We have the personnel and the skills – The University of Queensland has produced 130 PhDs from their rocket program.

“We have the specialised manufacturing capability.

“We have the geographic advantages to host launch facilities, download stations for the satellite data, and hubs to process the data and grow the companies.

“We have Advance Queensland, which looks like it was made to build the new entrepreneurial space companies.

“We have the companies already in the space economy.

“Already there are 30 companies in Queensland that are active in the space industry, and there are 126 space-related organisations with a presence in Queensland.

“The Deloittes Report stated the space industry employs 2,000 Queenslanders and contributes half a billion dollars in values added to the Queensland economy.

“And this is a unique opportunity for regional Qld.

“Many of these companies are setting up in regional hubs, where the agricultural economy uses space products, where there are clear skies and radio silence, and where we have mining and manufacturing expertise.

“The space industry has changed remarkably.  It is now an innovator’s frontier.

“It is more about start up entrepreneurs turning the data sent down by the new generation 10cm by 10cm by 10cm satellites into a range of products.

“The space industry is worth $345 billion each year.

“Even though we contribute less than 1% to the global space economy, it employs 10,000 Australians.

Space report finds Queensland should get ready for takeoff

Queensland has the capability and location to develop a space industry that could potentially contribute up to $6 billion to the state’s economy by 2036, a report released today by the Palaszczuk Government shows.

Minister for State Development, Manufacturing, Infrastructure and Planning Cameron Dick said the Deloitte report Sky is not the limit: Building Queensland's space economy shows the industry in Queensland was already globally competitive in specialist areas and growing at a rate of around seven per cent per annum.

“Queensland universities and companies are at the forefront of space research and technology, including NASA’s mission to identify inhabitable planets beyond our solar system, world leading hypersonic rocket development, the design and manufacture of advanced composite materials, and in new satellite launch and communications technologies.

“Queensland is already the home to Australia’s vehicle and aviation manufacturing sectors.

“With our advanced manufacturing supply chain and world-leading research programs, it makes sense for Queensland to also be the home of Australia’s space manufacturing industry.

“In order to capitalise on these opportunities, the Palaszczuk Government will explore how we can further assist companies and universities and coordinate opportunities to grow our space industry.

“The report states the space industry in Queensland from research through to design, manufacturing and operating systems could add between 4000 and 6000 jobs within the next two decades and $3.5 billion to $6 billion to the economy.”

Deloitte’s modelling estimates investment in critical space infrastructure has the potential to add around $82 million to the Queensland economy over the period 2019-2036.

However, the true value of the critical space infrastructure is the potential for it to improve analytics, mapping and data technology, with applications across the resources, agriculture and telecommunications sectors.

As part of this plan, the state government commissioned Deloitte Access Economics to deliver a report on Queensland’s space industry capabilities and to model potential economic growth.

The report provides an economic foundation from which government can form a policy position on the development of the state’s space industry.

The state government has been actively involved in the ramp-up of Queensland’s space industry.

“In November last year, we were invited by Black Sky Aerospace to launch a rocket that climbed to an altitude of 5200 metres and reached 1.2 times the speed of sound, in what was Australia’s first commercial launch,” Mr Dick said.

“We are taking the lead in supporting development of the space sector in our state, and together with Queensland businesses we will continue to grow and strengthen our space industry capabilities.”

Learn more about the Palaszczuk Government’s commitment to growing the space industry in Queensland.