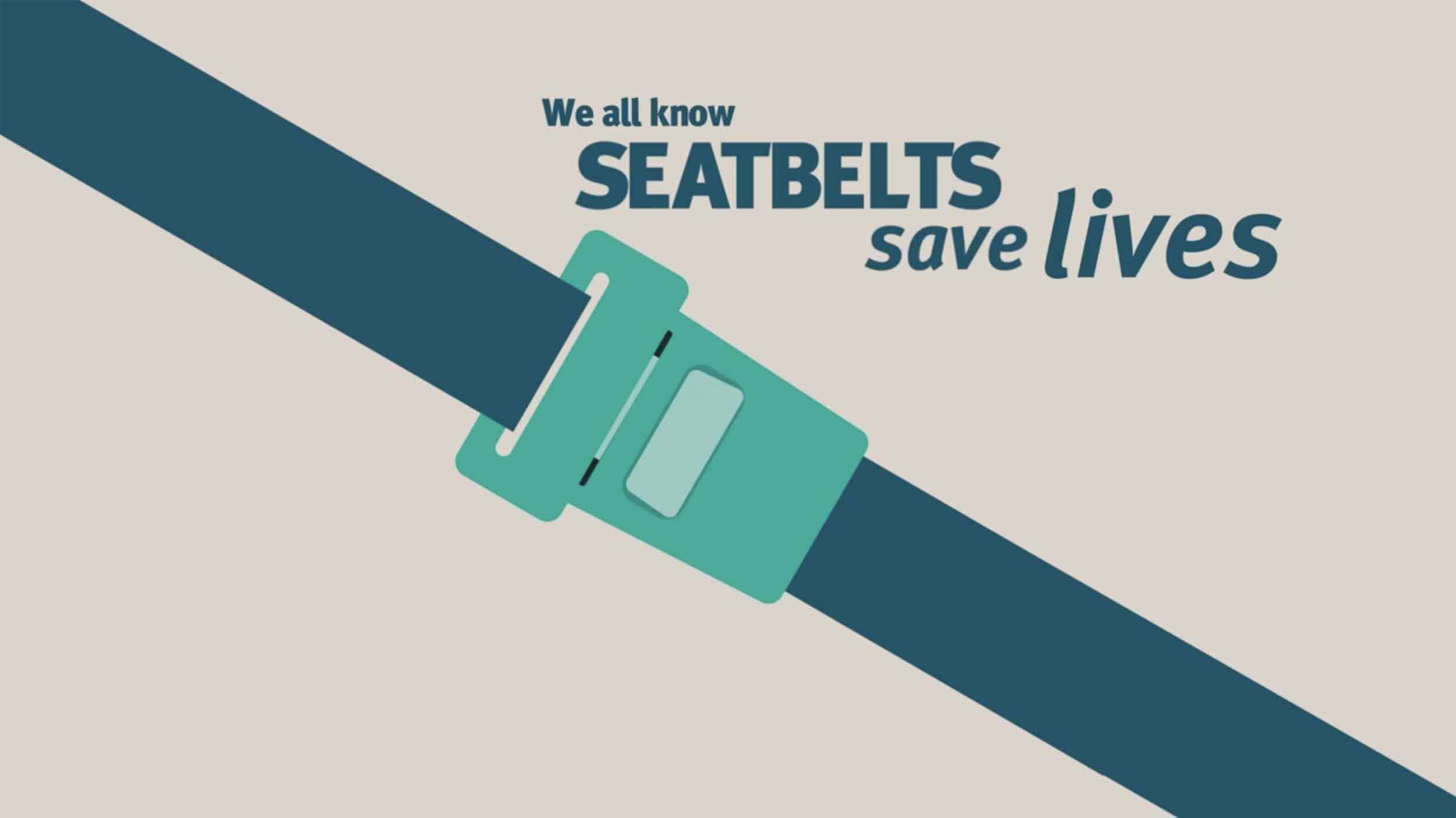 Drivers Tighten your belt or count the cost

Tighten your Belt - a new multi-media road safety campaign - has been launched by the Palaszczuk Government to remind Queenslanders of the steep cost of not wearing a seatbelt.

Minister for Transport and Main Roads Mark Bailey said with fines of $391 and the potential loss of licence, the stakes were high for drivers and passengers who don’t buckle up.

“One in four people killed on Queensland roads aren’t wearing a seat belt – it’s deadly and the penalties for not belting up reflect that,’ Mr Bailey said.

“The responsibility for ensuring their passengers are buckled up sits with the driver and that’s the message we’re driving home with the Tighten your Belt campaign.

“Apart from the potential cost of your life or serious injury in a crash, if you’re not wearing a seat belt, you can face a fine of $391 and three demerit points as a driver, or passenger aged 16 years or older.

“Whether you’re a driver or a passenger, the risk is the same and so are the penalties.

“Drivers can also be fined and lose points for every passenger in the vehicle who isn’t buckled up, regardless of their age.

“Four unrestrained passengers in a family sedan is all it takes to lose your licence and wear of a fine of more than $1500.

“Double-demerit points also apply for a second or subsequent seatbelt offences within 12 months.

“There really is no excuse not to buckle up every trip, every time.”

The state-wide Tighten you Belt campaign starts on Monday 4  February, using a mix of on-road and in-car reminders including billboards, petrol bowser messages, radio and social media to remind Queenslanders to buckle up.

“The statistics show young men aged 21 to 29 are more likely to be caught not wearing a seat belt,” Assistant Commissioner Keating said.

“Just over half of all infringements for failing to buckle up are issued to drivers and a quarter to passengers aged 16 years or over.

“It’s shocking that about a fifth of all seat belt infringements involve drivers with unrestrained children in the car.

“As a parent and as a driver it is your responsibility to ensure your children are safe and buckled up every trip, every time.”

RACQ’s Head of Technical and Safety Policy Steve Spalding said seatbelts were the first line of defence for drivers and passengers.

“Motorists should understand the important role a seatbelt plays in a crash,” Mr Spalding said.

“It’s the primary method of restraint - not only does it hold the person in, but it positions them correctly, so the air bags are effective.”

The Tighten your Belt campaign is the second from the Seatbelts: Let's make it click forum held in Townsville in August as part of Queensland Road Safety Week.

Visit www.qld.gov.au/streetsmarts to view the campaign.