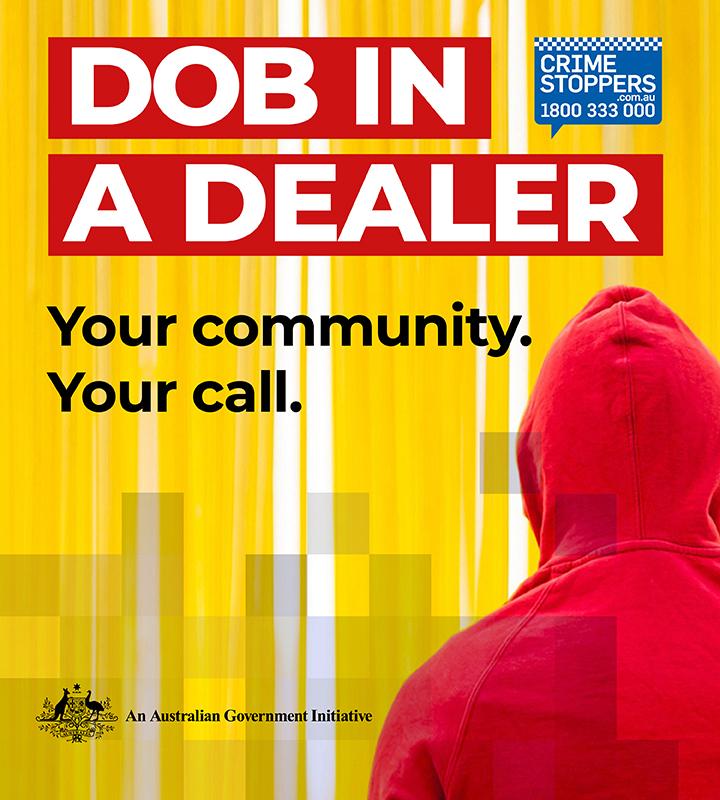 The Dob In A Dealer campaign was officially launched across Moreton last week.

Residents are being asked to assist their community by contacting Crime Stoppers with any information in regard to drug dealing offences.

Inspector Lee Jeffries attended the launches at Redcliffe with Luke Howarth MP and the Hon Yvette D’Arth and also at Caboolture with Susan Lamb MP and Mark Ryan MP.

Crime Stoppers volunteers from across the district also attended the events.

The Dob In A Dealer campaign is a nation-wide program funded by the Federal Government to stop Australia’s supply chain of illicit drugs including methylamphetamine (ICE), cocaine, MDMA, heroin and cannabis.

Crime Stoppers Queensland CEO, Trevor O’Hara said it is expected public support will help police intervene with criminals and organised crime gangs responsible for the manufacture and supply of these drugs and alleviate the cost to local communities.

“Criminal drug related activity is not only costing millions of dollars in healthcare and law enforcement, but it is tragically and unnecessarily costing human lives.” Mr O’Hara said.

Trevor O’Hara said that through Dob in a Dealer, we’re not asking you to dob in your mates. We’re asking you to be a mate, and look after the welfare for your friends, family and colleagues.

“You don’t have to have the complete story. Your small piece of information could be the missing piece of the puzzle,” Mr O’Hara added.

Inspector Lee Jeffries said as a community we can work together to reduce drug related deaths , reduce the misery of families and reduce the cost to the community.

If you have any further information about someone who is manufacturing or supplying drugs, you can anonymously call Crime Stoppers on 1800 333 000 or report online at www.crimestoppers.com.au

Police want to ensure people that your anonymous information is anonymous.