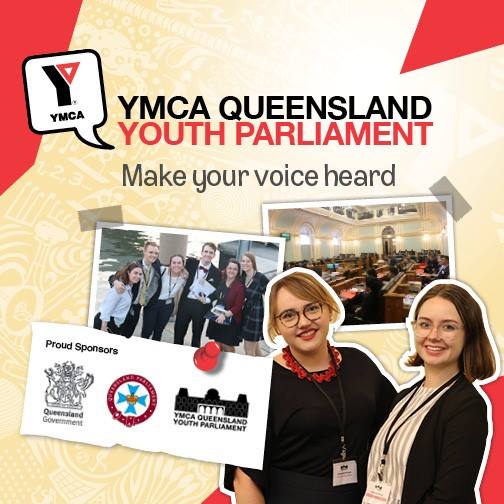 If you are aged between 15 and 25, have a keen interest in politics, are looking to expand your resume, want to get involved in the community, make new friends and help shape Queensland policy, then the YMCA Queensland Youth Parliament (QYP) might be for you.

Nominations for YMCA Youth Parliament opened on Monday the 28th January and will close on Friday the 22nd February 2019. This will be the 24th anniversary of QYP and is sure to hold many exciting opportunities for young people.

“Each seat in Queensland has its own Youth Member. Holly Baxter, an articulate young lady, has served as the Youth Member for Glass House for several years now. I’ve been proud to have her represent us in the Youth Parliament.  But if you share her passion and enthusiasm for politics, don’t let that stop you from applying!’ Mr Powell said.

Youth Parliament is a platform that enables young people to provide a real, tangible change in the world. Young ‘Parliamentarians’ are offered the chance to partake in the drafting of mock legislation, some of which has previously been formally adopted by Queensland Parliament.

“QYP is also a fantastic opportunity for elected representatives to keep in touch with the opinions of young people on topics that affect them. Youth Members are a gateway to connecting to young people in the electorate, so being elected as a young leader is honour, and an incredibly important position to hold” concluded Mr Powell.