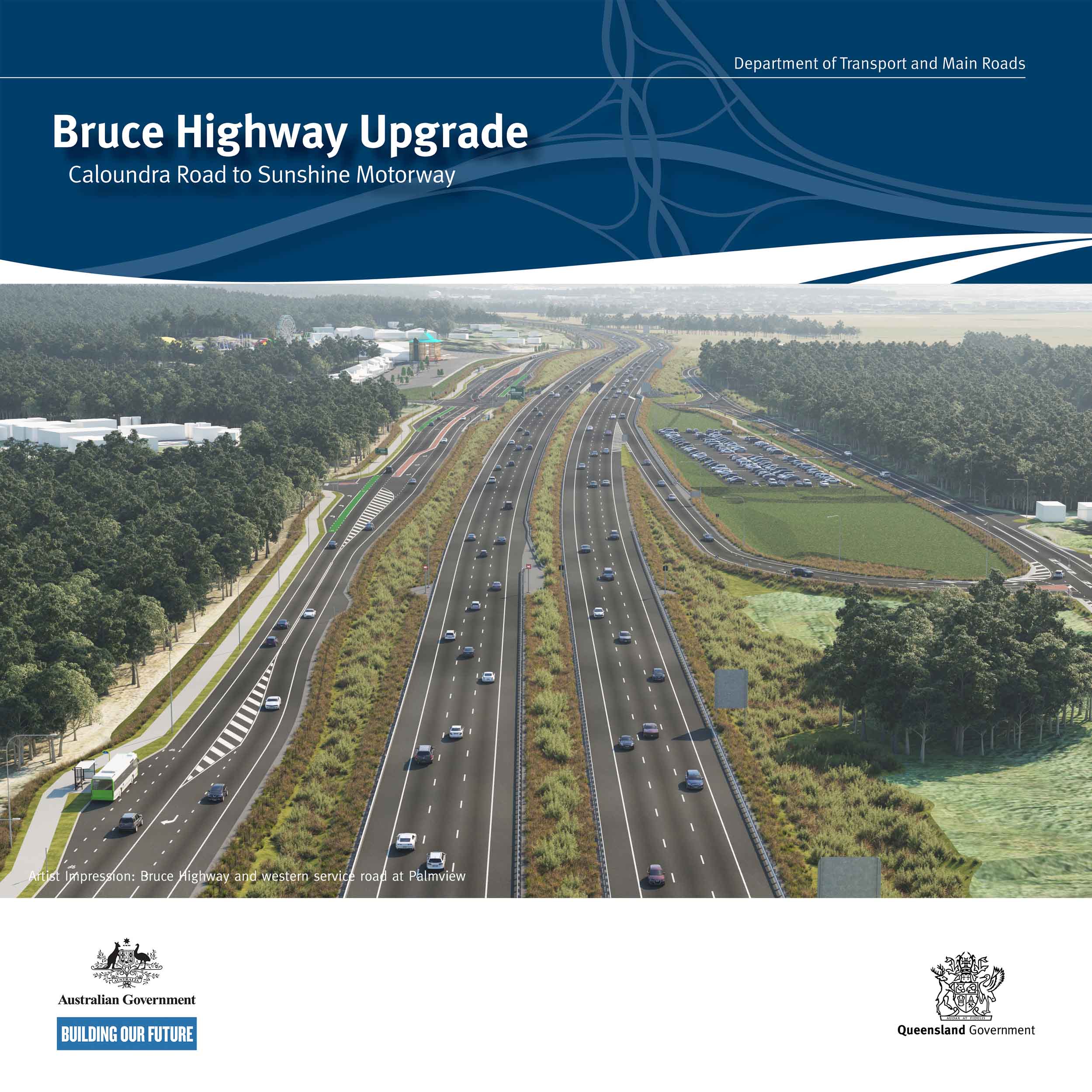 Big changes are coming for motorists in 2019 as construction on one of the Sunshine Coast’s largest projects moves ahead.

“Around the country, we are investing to bust congestion and make roads safer,” Mr McCormack said.

Queensland Transport and Main Roads Minister Mark Bailey said an early preview of the new interchange had been released on TMR’s website to give the community a first look at the coming changes.

“From the new Diverging Diamond Interchange at Caloundra Road, through to the new Sunshine Motorway interchange and upgrades at Sippy Downs, this area is undergoing a complete transformation,” Mr Bailey said.

“It’s a transformation that will provide more safer and smooth connections from the Bruce Highway to central parts of the Sunshine Coast for the more than 63,000 motorists who drive this stretch each day.

“The artist’s impressions we’ve released give the community a closer look at the new infrastructure that is being delivered as part of the upgrade.

“Construction is expected to continue until late 2020 so we thank motorists and the community for their patience.”

Member for Fisher Andrew Wallace said one of the Sunshine Coast’s most notorious intersections near Exit 194, which locals know as Wilson Road, will be removed this year as the new Sunshine Motorway interchange takes shape.

“Locally, this intersection is known as a high crash zone and Sunshine Coast motorists have been calling for its removal for many years,” Mr Wallace said.

“The Sunshine Motorway intersection at Wilson Road will progressively be removed as major construction continues, with several traffic changes required to maintain traffic flow and access through the project area,” Mr O’Brien said.

For more information about the project, or to view the artist’s impressions visit: https://www.tmr.qld.gov.au/Projects/Name/B/Bruce-Highway-Caloundra-Road-to-Sunshine-Motorway-upgrade.

For information about traffic changes and to plan your journey, visit QldTraffic: www.qldtraffic.qld.gov.au.