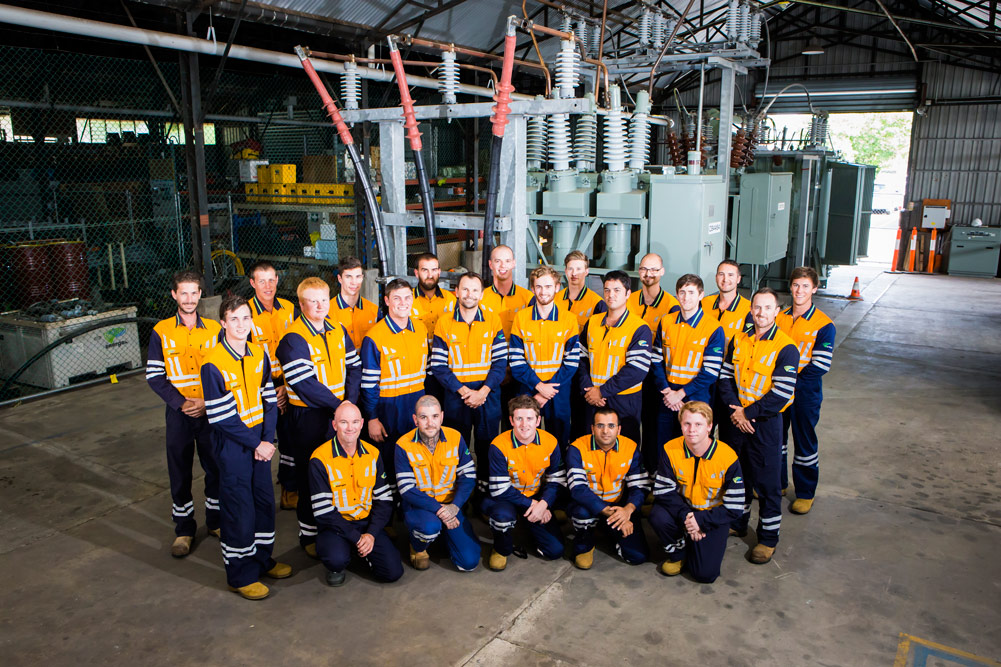 The future of the electricity distribution industry in Queensland is secure with 102 apprentices starting their careers with Energex and Ergon Energy over the next month.

Assistant Minister of State and Member for Ipswich Jennifer Howard, representing the Acting Energy Minister, today welcomed 34 Energex apprentices undertaking their initial training at the EsiTrain facility in Rocklea before being based at 14 depots across South-East Queensland.

Ms Howard said they joined 17 apprentices from Energex’s mid-year intake and a further 68 apprentices who will soon work from 32 Ergon depots across regional and rural Queensland.

“The Palaszczuk Government continues to create jobs for Queenslanders. These newcomers have been recruited to some of the most keenly sought apprenticeships on offer in Queensland.

“An apprenticeship with Energex is more than a 9-to-5, Monday-to-Friday job. It is a commitment to the community and the start of a career,” Ms Howard said.

“They will become part of the crews keeping the lights on, often working in challenging conditions to restore power after storms and cyclones.”

Mr Furner said 25 female apprentices would be inducted into what has traditionally been a male-dominated industry.

“The intake also includes 10 candidates identifying as being of Aboriginal or Torres Strait Island descent.

Energy Queensland Chief Executive David Smales said a significant change of approach in South East Queensland this year resulted in apprentices being based at 14 depots (including Raceview in Ms Howard’s electorate) , rather than at just six regional hubs and then being rotated around the smaller depots.

““This fits in well with our philosophy of offering most apprenticeships to local people so they can develop their skills while remaining in the community with their family and friends,” he said.

“As a result, we have recruited apprentices for our Gympie, Cooroy, Landsborough, Caboolture, Victoria Park, Cleveland, Beaudesert and Berrinba depots, in addition to the Maroochydore, Geebung, Kelvin Grove, Greenslopes, Raceview and Southport depots.”