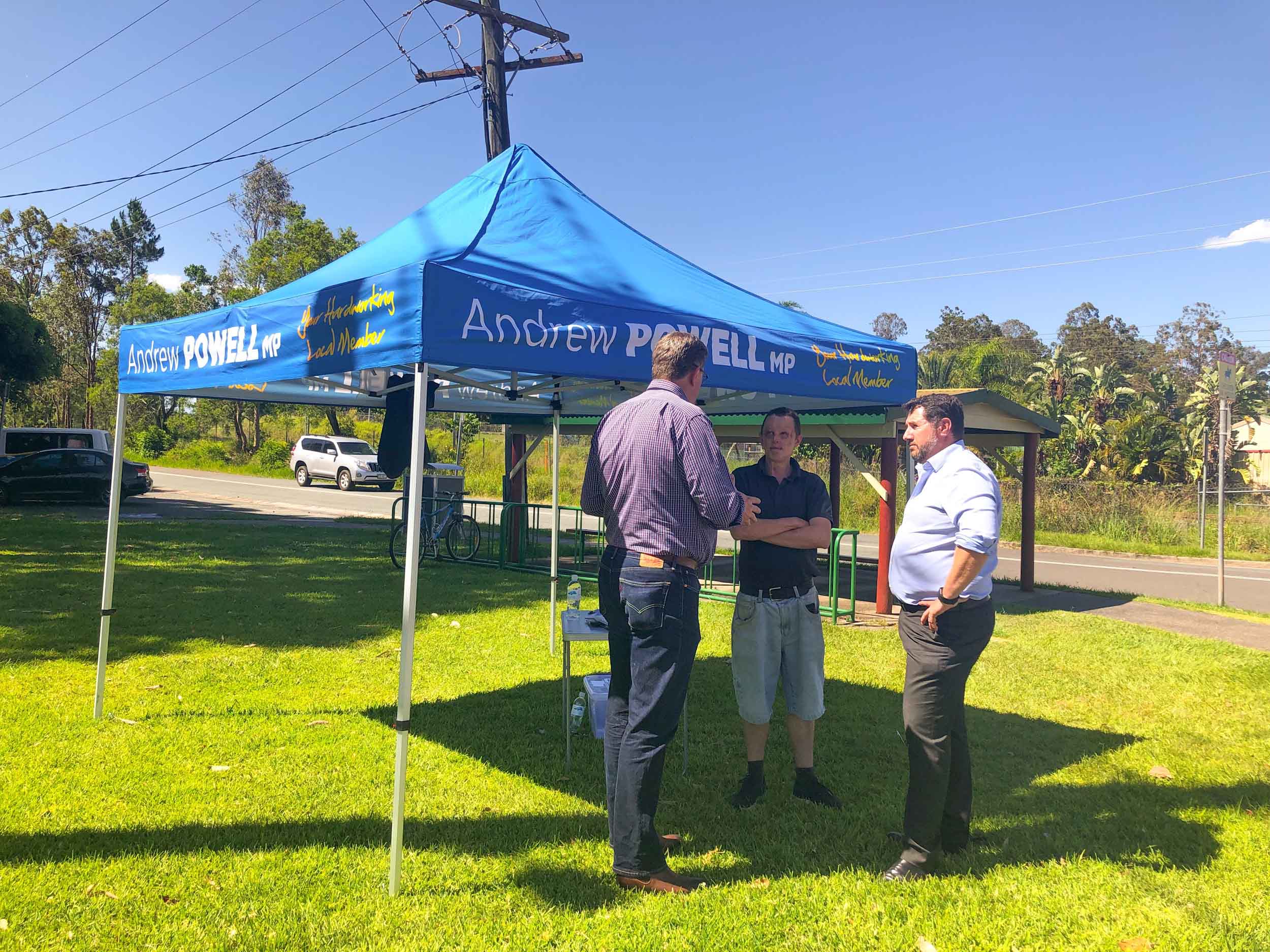 “Offences against the person are up 41 per cent, robberies are up 53 per cent, unlawful use of a motor vehicle is up 68 per cent and shop theft is up 38 per cent,” Mr Watts said.

“Sunshine Coast crime is going up at an alarming rate and Labor’s answer has been to slash $44.6 million from Queensland’s police budget.

“Mooloolah Valley and the Sunshine Coast Hinterland is growing at a rapid pace.

“It is vital police numbers keep pace with population growth.

“The Premier needs to come clean about when and where the additional 535 police officers promised at the last election will be delivered.

“Instead, her embattled Police Minister keeps avoiding his responsibility to Queenslanders, claiming police resourcing is an operational matter for the Police Commissioner.

“Queenslanders are sick of paying the price for Labor’s poor track record on law and order.”

LNP Member for Glass House Andrew Powell said Glass House communities were facing a scourge of crime from North Brisbane and a lack of police resources was putting local families and communities at risk.

“Earlier this year, I wrote to the Police Minister, raising concerns about poor police response times across the region, and the urgent need for more officers and more vehicles in Glass House,” Mr Powell said.

“The Minister responded, saying the deployment of officers from neighbouring divisions was part of a ‘flexible and agile’ solution.

“The fact of the matter is, shuffling police resources between regions, doesn’t solve the problem – it’s merely a band aid solution.

“The Mooloolah Valley is at the extreme end of the Beerwah police catchment.  It’s full of young families.

“Every resident in the Mooloolah Valley has the right to feel safe and know their family is protected.

“The Minister needs to get serious about crime by introducing touch sentences and ensuring our frontline police have the resources they need to keep our region safe.”