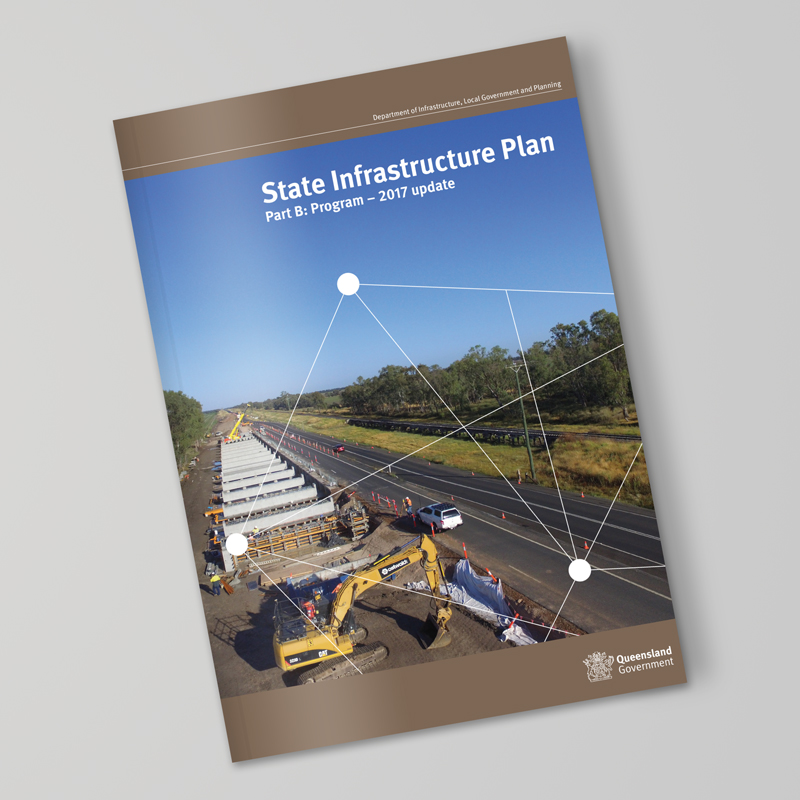 The Moreton Bay region is reaping the benefits of the Palaszczuk Government’s State Infrastructure Plan, with several projects across the area now underway or delivered thanks to the initiative.

The Government today released the 2018 update of the State Infrastructure Plan which will deliver opportunity and jobs over the next four years in Moreton Bay area and surrounds.

The latest plan includes projects such as a new secondary school in North Lakes/Mango Hill and upgrades to Morayfield train station.

Member for Bancroft Chris Whiting said: “We are ensuring our community, now and into the future, is ready to meet the challenges of the future, whether that be population growth, changing demographics, or new global trends and sectors.

“Our government is intent on delivering a legacy of good infrastructure, including in the North Lakes and Mango Hill area, where strong health, education and social services are key for the prosperity of our community.”

Member for Morayfield Mark Ryan said: “Our government’s strategic approach to infrastructure planning, funding and delivery will ensure the Caboolture and Morayfield areas are positioned to continue growing a strong economy and jobs while the community grows too.”

Member for Murrumba Steven Miles said: “Our government is delivering the right infrastructure across our region and unlocking economic opportunities while doing so, and our local community will reap the benefits of this smart infrastructure thinking for generations to come.

“A perfect example is the brand new high school at Mango Hill which will allow 2000 students to continue their education close to home,” he said.

In releasing the update to the State Infrastructure Plan (SIP) Part B, Minister for State Development, Manufacturing, Infrastructure and Planning Cameron Dick said the plan aligns with the latest State Budget - a total of $45.8 billion on infrastructure over 4 years, an increase of $3 billion from last year.

“When the Palaszczuk Government was first elected, there was no plan for infrastructure in our great state,” said Mr Dick.

“In fact, the people of Kingaroy were told by the former LNP government that an upgrade to the Kingaroy Hospital would never happen without the sale of the Stanwell Power Station.

“The State Infrastructure Plan and the Building Queensland Infrastructure Pipeline provide clear and transparent information to business and the community about what is funded in the budget, like the Kingaroy Hospital redevelopment, and what is in the planning phase.

“In this annual update of the State Infrastructure Plan, we outline the Palaszczuk Government’s $11.6 billion infrastructure investment in 2018-19, which will support up to 38,000 jobs.

“The State Infrastructure Plan update looks at projects of all scales including the big-ticket transport items. Programs like the Queensland Transport Roads and Investment Program 2018-19 to 2021-22 outlines $21.7 billion in transport and road infrastructure over the next four years, estimated to support an average of 19,200 direct jobs over the life of the program.

“Our government is delivering the Building Better Hospitals Program that will inject $679 million into hospitals and includes upgrades at Logan, Caboolture and Ipswich hospitals, along with regional Hospitals in Atherton, Blackall and Cairns.

“Our government is unlocking capacity constraints in the transport network by investing in Cross River Rail, the biggest state funded infrastructure commitment in more than a decade. Cross River Rail is being delivered in partnership with the private sector and will provide a turn-up-and-go transport system benefiting all of South East Queensland. Infrastructure is also being delivered across the state, with 65 per cent of our infrastructure budget allocated to outside of the greater Brisbane area.

“The update highlights the opportunities and challenges in planning and delivering infrastructure for our fast-growing state, and that diverse infrastructure solutions are needed across the state – it is not a one size fits all approach. Delivering prosperity in Queensland requires a partnership approach between all levels of governments and the private sector.

“It has already improved the way infrastructure planning is coordinated across government and means projects get on and go faster, which highlights the role the Palaszczuk Government plays in facilitating development and boosting growth industries such as tourism and renewable energy,” said Mr Dick.

"The detail on the infrastructure investment strategies provided in the update is a critical tool and provides the private sector with confidence to invest in their Queensland operations," Steve Abson, CEO of the Infrastructure Association of Queensland said.

"It must now be actioned collaboratively by all levels of government and the private sector to ensure projects are delivered for Queensland communities."

“The state has been busy developing solutions to our infrastructure needs and Building Queensland’s independent analysis has verified our decision to proceed with the investments,” Mr Dick said.

“In the six months since the release of the previous Infrastructure Pipeline Report, the Palaszczuk Government has committed to upgrading the Logan, Caboolture and Ipswich hospitals; upgrading the M1 from Eight Mile Plains to Daisy Hill and Varsity Lakes to Tugun; the Beerburrum to Nambour Rail Upgrade, the Lower Fitzroy River Infrastructure Project and the New Performing Arts Venue.

“With seven new proposals added to the pipeline, including projects like Brisbane Live and Bundaberg Hospital, the government is committed to supporting growth without compromising quality of life.”

“Good projects that are supported by detailed investigations and assessments are flowing through the pipeline having received funding commitments,” Mr Gould said.

Minister Dick said another example of how the Palaszczuk Government is driving economic development and jobs throughout Queensland is by funding and facilitating both small and large scale regional infrastructure.

“Programs such as Building our Regions, has already allocated $225 million across 174 projects in 62 local government areas, supporting the creation of 1762 jobs.

“Building our Regions is also funding the Transport Infrastructure Development Scheme worth $150 million and this program is having a significant impact in Aboriginal and Torres Strait Islander Communities where primary access infrastructure is being upgraded.

“Works for Queensland a $600 million program has more than 1350 projects that have been approved to date.

“We are invested in improving liveability for communities regardless of location, ensuring access to high-quality health, education and social services.”