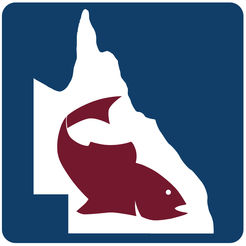 The Brisbane-based company behind the digital platform ‘Gruntify’ has been chosen to develop two new software applications for Queensland fishers that will be ready for use by the end of the year.

“GIS People Pty Ltd will develop a new app for Queensland’s commercial fishing sector and upgrade the existing, popular recreational fishing app which has been downloaded more than 40,000 times.

“Improving our engagement with the hundreds of thousands of fishers in Queensland, both commercial and recreational, is a key action of the Sustainable Fisheries Strategy, which is being implemented over the course of the next decade.

“The Sustainable Fisheries Strategy is the largest reform of the sector in our state’s history, and it will safeguard our vitally important fisheries for generations to come.”

Minister Furner said based on public feedback, the new fisheries apps will look better, be more user-friendly, be available offline out of telephone range and be tailored to individual needs.

“There have been many advances in technology since the original ‘Qld Fishing’ app was released in 2014, and it’s time to bring commercial fishing into the digital realm,” Mr Furner said.

“A dedicated software app for industry will simplify business transactions for commercial fishers who mostly still use paper logbooks and telephone reporting.

“The new app for commercial fishers will allow them to submit logbook and quota details electronically, providing more accurate and timely data on fishing catch and effort.

The first stage of the commercial fishing app is scheduled for release in October, with stage one of the recreational fishing app due in December.

Minister Furner said there was strong interest from small to medium enterprises to create the new software apps.

“Fisheries Queensland received 18 applications which were shortlisted to five companies who took part in a week-long ‘hackathon’ facilitated by Glass Consulting to design and present prototypes,” Mr Furner said.

“The standard of prototypes produced was very high and I congratulate the other final contenders for the hard work they put in.”

“Our developers really got to showcase their skills using some cool new machine learning and augmented reality technology from Microsoft Azure which helped us land the fish species ID challenge,” Mr Portwain said.

“We’re looking forward to continuing our partnership with the Department of Agriculture and Fisheries, producing some great technology for fishers to use and enjoy and are enthusiastic about finalising the apps and getting them out there.”

Get the Queensland Fishing APP on the  Itunes or Android platforms