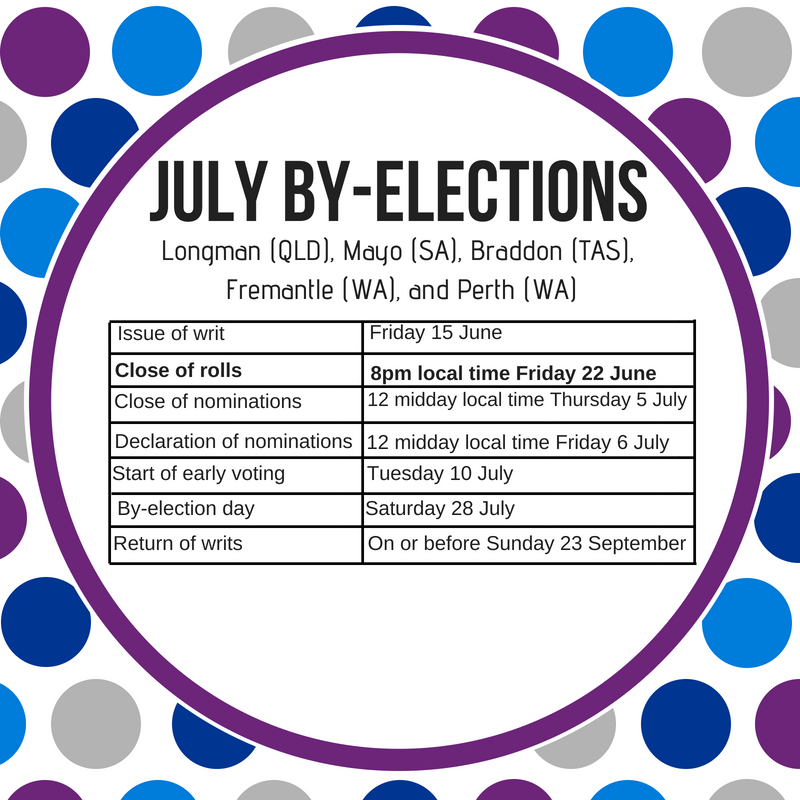 The Super Saturday By Elections have finally had the writs issued legitimizing the election process that will now take place, set for July 28.

Rolls close 8pm local time Friday 22 June.  You must be on the Roll to be eligible to vote.

Writs for election are issued by the Governor-General for the House of Representatives within 10 days of the dissolution or expiration of the House and by the state governors for the election of senators for their respective states, while writs for the election of territory senators are issued by the Governor-General, the same rules apply for by elections federally.

The writs are issued to the relevant Electoral Officer or Returning Officer, as the case may be, who returns them after the election has been held within a fixed period.

Key dates in relation to the by-election are:

Thursday, 10 May 2018 – Speaker acceptance of resignation