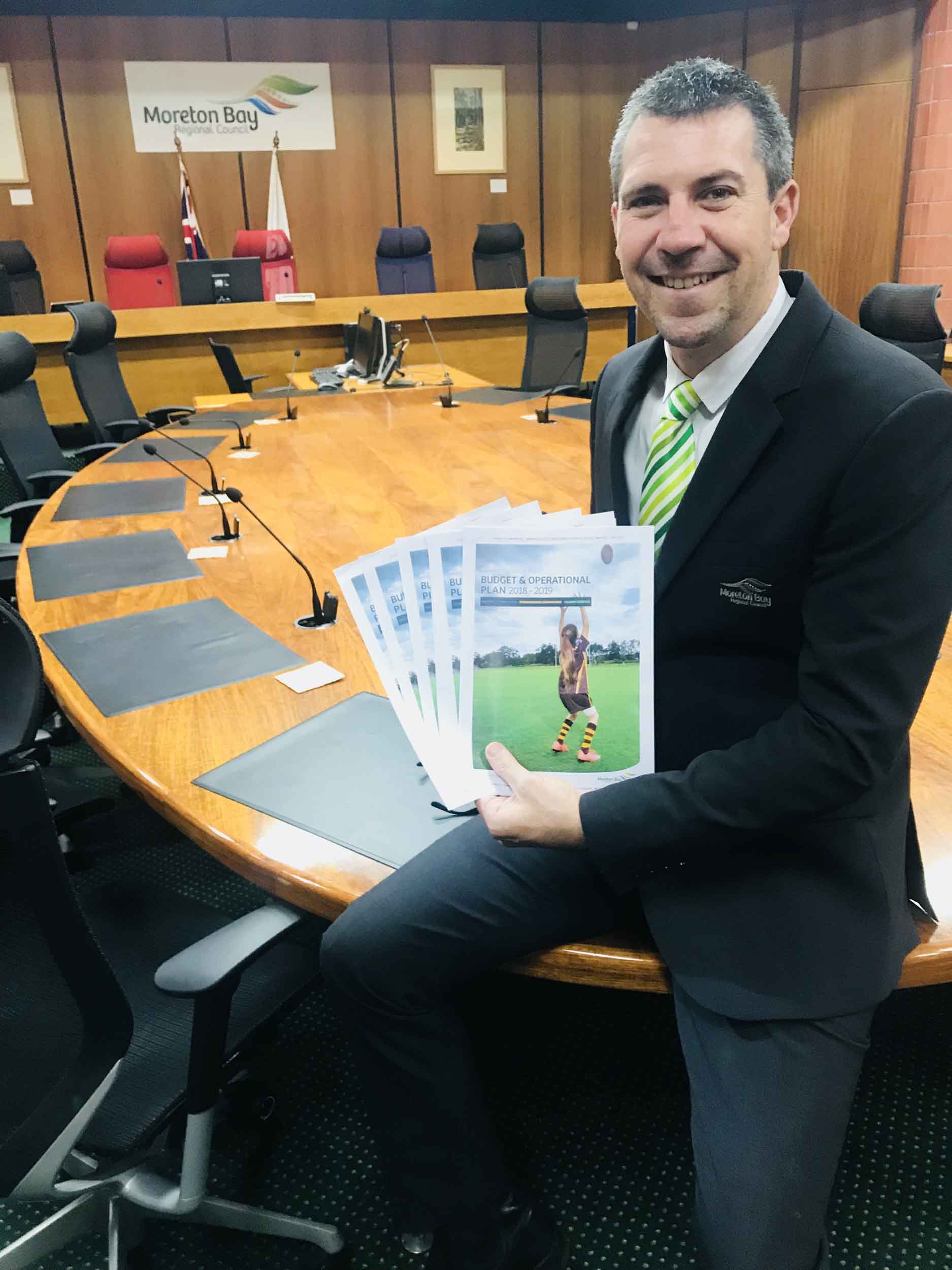 "I am also pleased to announce an investment of more than $2.7 million for new sports infrastructure to accommodate growth in local sports.

Cr Grimwade said a fire hydrant would also be installed at the Samford Archery precinct to allow the club to further expand their facility and meet demand of their growing membership.

“Narangba Soccer have also been provided with a $550,000 boost in funding to construct a new shared amenities and storage building at their Harris Avenue Sports Fields.

“These budget announcements build on the $275,000 project to improve the tennis facilities in Dayboro and to construct multi-court facilities to accommodate a new ‘home’ for the Dayboro Dodgers Netball Club,”Cr Grimwade said.

“The 2018/19 budget also sets aside $200,000 for a new zebra crossing at Williams Street in Dayboro to better connect pedestrians between local cafes, restaurants, retailers and community facilities.

“I’m pleased to see this funding delivered following extensive consultation with the community.

“Council will also be reducing the speed limit along Williams Street from 50km to 40km and installing additional traffic islands and road markings at the top of McKenzie Street in Dayboro to improve road safety at this location.