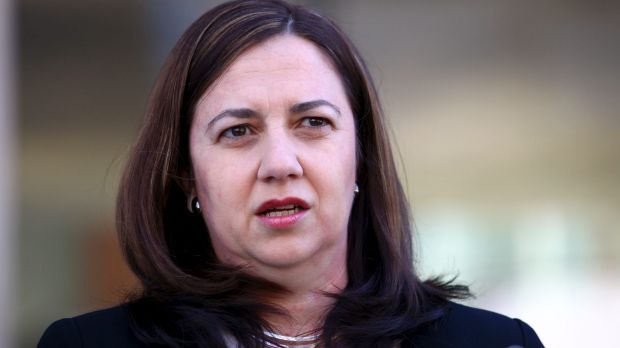 After two years and eight months of minority government, the first-term Labor leader, Premier Annastacia Palaszczuk will visit Government House this morning to call the election for Saturday, November 25.

This election campaign is set to determine if voters want more of Labor, a return to the LNP or a new parliament with One Nation and other cross benchers holding the balance of power for the state's first ever fixed term.

It follows Ms Palaszczuk's move on Friday to direct the ALP to disendorse the member for Pumicestone, Rick Williams, over a complaint that he threatened a local constituent.

She acknowledged yesterday it had given her a lot to think about on election timing.

"I took an extraordinary step last night," she said on friday.

Earlier last week, Ms Palaszczuk had said it would take something extraordinary for her to consider going to an election this year.

The move against Mr Williams leaves Labor and the LNP with 41 seats each, meaning State Parliament was unlikely to sit again in mid-November.

Opinion polls suggest that voters remain to be convinced that either Ms Palaszczuk or opposition leader Tim Nicholls should get a majority, setting the scene for a 28-day campaign that will be a crucial test for all sides.

The ALP will try to assure the electorate it's had a steady hand on the economic levers — reducing trend unemployment to just under 6 per cent — while reminding voters of Mr Nicholls' role as treasurer in the previous Newman government.

The LNP campaign will paint the Palaszczuk government as a "do-nothing" administration, beholden to unions.

The result will be made more unpredictable by the historic return of full preferential voting, new boundaries for most seats and a predicted resurgence in popularity for Pauline Hanson's One Nation party.

The spectre of the Pauline Hanson-led One Nation will loom large throughout the 28-day campaign, with the right-wing political outfit polling 16 per cent statewide.

Internal party polling leaked earlier this month showed that vote was as high as 30 per cent in some regional electorates.

It is the last time a premier had the discretion to name the poll date, after laws were passed to set the following election for October 31, 2020, and every four years after that.

Both Labor and the LNP enter the election with 41 seats and each needs to win six more to govern in their own right.

They are readying to battle it out regionally and in southeast Queensland in a bid to reach the magic 47-seat target.

It is also the first election since 1986 that will increase the size of the parliament, with four more seats bringing the new total to 93.

The introduction of compulsory preferential voting in a state election for the first time since 1992 has thrown a wildcard into the outcome, with significant numbers of One Nation supporters likely to choose the LNP ahead of Labor

With the call of the election by the premier, all ministers and cabinet are now in caretaker mode which means no new laws can be enacted and only manage day to day activities and direct when there is a disaster or other major unforeseen event happens, while all mp's will now be on the campaign trail.