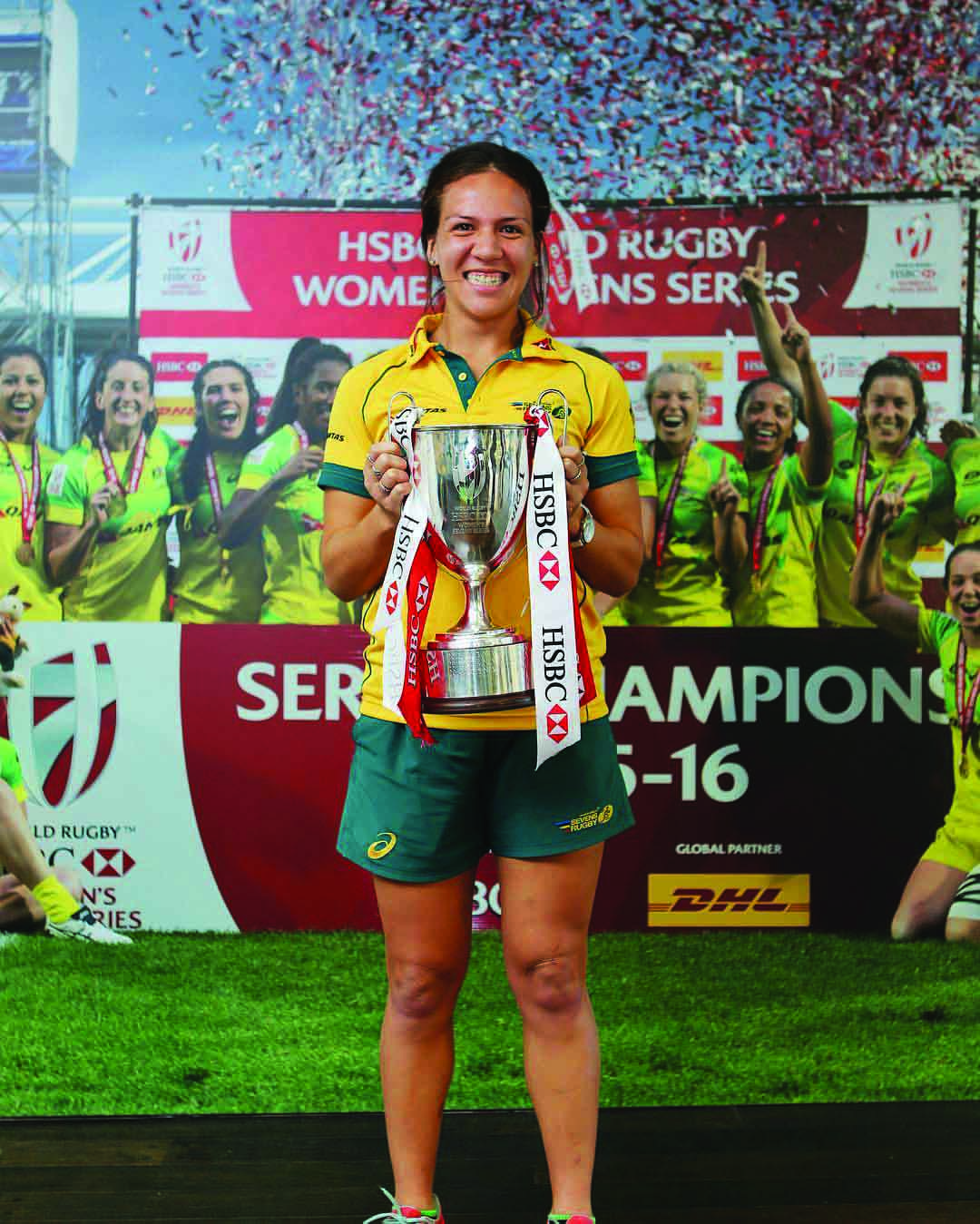 Nominations are now open for the yearly awards, and the Australian representative is calling on locals to nominate a friend, family member or community member who they think is deserving of recognition for their community, sporting, environment and cultural achievements.

Evania was recognised with a Moreton Bay Australia Day Award in 2017 for making waves with the Australian women’s rugby sevens squad that won gold at the 2016 Rio Olympics.

“Nominating someone for a Moreton Bay Australia Day Award is a great way to applaud their hard work and to show that the community is right behind them,” the St Columban’s College graduate said.

“To have family and friends nominate me was definitely a wonderful feeling, and to go on and win the Youth Sports Award was just icing on the cake for what was a great experience.

“Whether it’s a gun athlete like AFL’s Tayla Harris who shared an award with me in 2017, or a local volunteer who you think needs to be recognised for what they do - be sure to put their name in for a Moreton Bay Oz Day award.”

Following her success in Rio, Evania is now mentoring the next generation of Aussie sevens hopefuls with the inaugural Uni 7s competition, where she is competing for the University of Adelaide.

“If you know someone who is making a huge difference on the sporting field, on-stage, with the environment or the local community, I implore you to nominate them for an Australia Day Award,” Cr Charlton said.

“Whether they’re you’re mum, dad, best mate or even someone you’ve read about in the paper, enter their name for the 2018 Moreton Bay Australia Day Awards - our awards rely on our community getting behind one another.”

To nominate or for more information visit www.moretonbay.qld.gov.au/australia-day-awards