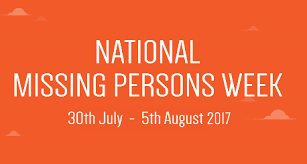 As an extension of the current use of Facebook and Twitter to deliver information to the public, the widely used social media platform represents an opportunity to engage with a younger generation of Queenslanders.

“The demographics using Snapchat in Australia are largely in the 18 to 25-year-old demographic so it enables us to send information and images to these people who may not be engaged in other forms of social media,” Acting Deputy Commissioner Linford said.

“While the messages appear once and then disappear, any information reaching members of the community to assist us to locate a missing person is positive.

“On average, around 100 people are reported missing to police every week in Queensland. We as a police service do all we can to help families find their loved ones, so this is a logical extension on our already large reach in the social media sphere.”

This year, the focus is on the high number of youth that are reported missing each year through the campaign “Still waiting for you to come home”.

Acting Deputy Commissioner Linford renewed an appeal for information relating to Chad and Melony Sutton who were last seen in 1992 when they were both teenagers.

“Aged 16 and 14, Chad and Melony who were last seen on the morning of 23 November 1992 after leaving their family home in Inala.”

“They missed the bus to school that day, with neither of them seen since. This year will mark the 25th anniversary of their disappearance.”

“Today we have released age progressed images of Chad and Melony to show the public how they may look today, aged 41 and 39 years.”

“We would also take this opportunity to appeal for further information about the siblings, no matter how insignificant you may consider it to be it may just be the key to finding them,” Acting Deputy Commissioner Linford said.