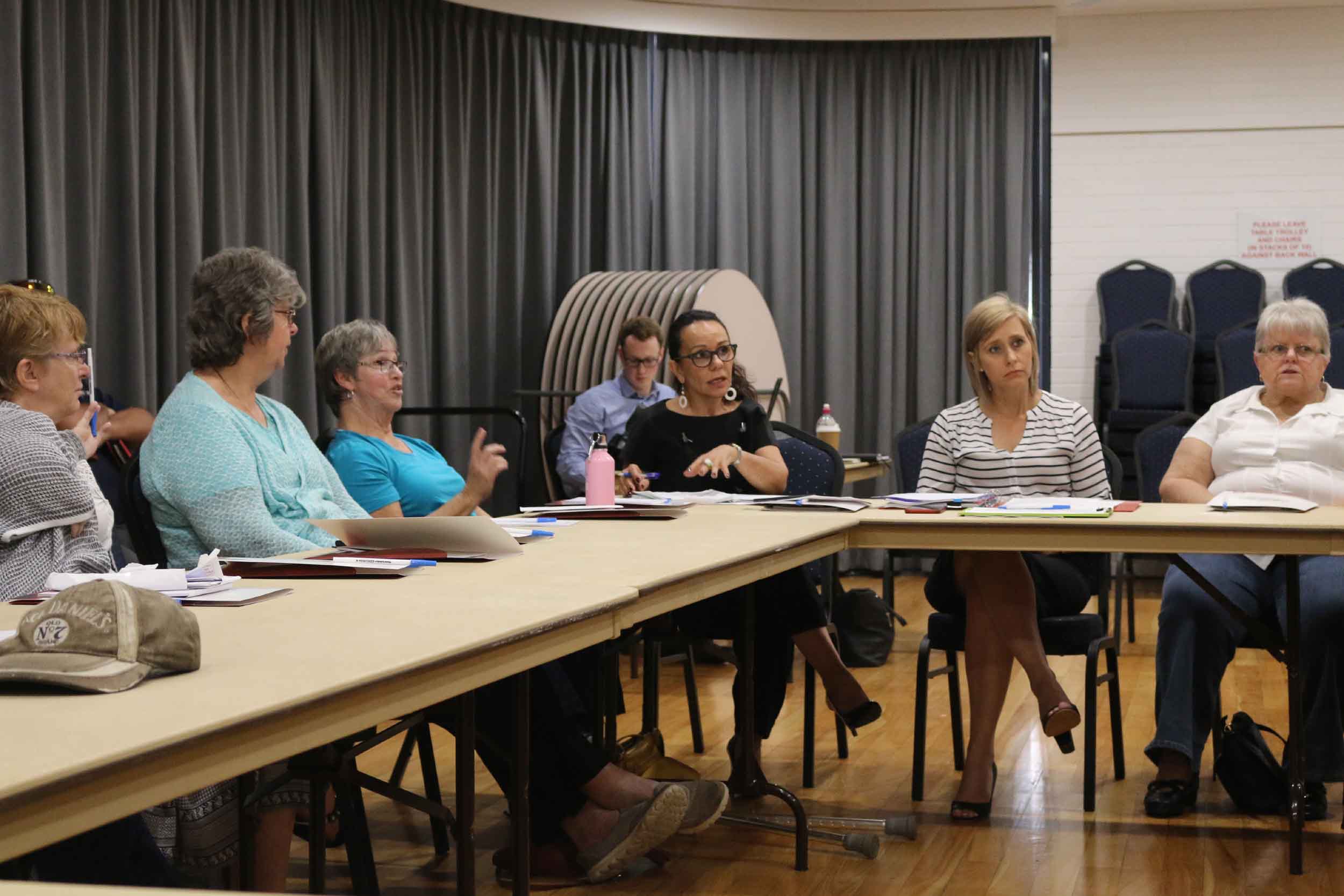 The Hon. Linda Burney as the Shadow Minister for Human Services visited Caboolture to see and hear first hand stories related to disability pensions and the current review process on who gets it and the robodebt system .

Another issue came out during the morning that medicare card details can be bought on the internet sparking identity theft fears around the nation.

Its understood the Australian Federal Police are investigating the matter following reports in the media.

The Human Services Minister Alan Trudge has told the media that he believes it is more likely to traditional  criminal activity with the chief information officer at Human Services has indicated no breach of its systems have been detected.

The Asst. Treasurer Michael Sukkar has been quoted that "If that means more work and more upgrades to our systems, then so be it".

During her stop in Caboolture the Shadow Minister addressed this issue for the media the transcript of that interaction is available here.

BURNEY: Thank you I'm in the seat of Longman with Susan Lamb. It’s wonderful to be here but the news of course is not wonderful for who knows how many Australians.

This is a precious thing that we all carry around with us.  It's our Medicare Card and our Medicare number. It is something that is very important to individuals and families.  It also has added personal information which some we discovered today is on the darknet - you can actually purchase a Medicare number for something like thirty dollars.

These are the questions that the government needs to answer. Labor is very concerned about what appears to be a major data breach.

Did it take a journalist to expose this or was the Government aware of this data breach all along?  That is the question they have a responsibility to answer.

I'm in the seat of Longman with Susan Lamb and I would like Susan to make a couple of comments as well.

LAMB: Thanks Linda.  So it is quite disturbing news to hear this morning that people's confidence, people's personal information could potentially have been breached.

We are in Caboolture in the seat of Longman, we've been speaking to people this morning who already feel they've been let down by the government in relation to the Department of Human Services and now to be confronted with this news today.  Nobody knows if their details have been put at risk.

This government owes it to every single person in Caboolture and in the Moreton Bay Region to report right now if they have been affected, not tomorrow not the next day but right now.

BURNEY: Thanks Susan. The seriousness of this breach amounts to potential identity theft.  A  Medicare number is used by many people as a way of identification.  It can mean that rebates may have not gone to a person’s bank, Medicare rebates may have been siphoned off.  It is hoped that the information hasn't fallen into the hands of criminal syndicates.  None of those things are

understood and the government has a responsibility to explain to the Australian people what they knew and when they knew about the data breach of Medicare numbers.

JOURNO: Should people be concerned that their details might be out in the open?

BURNEY: I think people should be very concerned that their details might be in the hands of somebody else through a website that sells illegal goods.  This is a serious data breach and the government must explain to the Australian people when they knew about it and what they're going to do about.

JOURNO: Could you comment on the suggestion that since 2015 there has been 369 cases of Medicare identify theft?

The Medicare card and Medicare number contains a lot of personal information, people should be concerned that potentially this in the hands of people that don’t own it and shouldn't have it.

JOURNO: Should major steps be taken to prevent this from happening in the future?