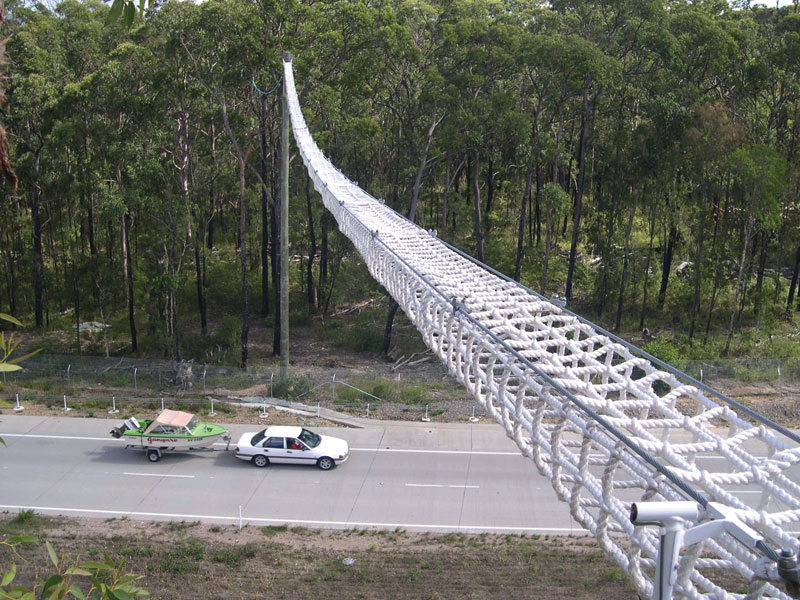 Moreton Bay Regional Council will build fauna bridges and give native wildlife safer access between the region’s parks, reserves and corridors, after today awarding a tender to commence the next stage of its green infrastructure program.

Council awarded the tender at its coordination committee meeting, following the installation of fauna bridges in Brendale and Everton Hills.

Division 12 Councillor Adrian Raedel said three of those bridges would be installed in the Morayfield and Narangba area, along Oakey Flat Road and Walkers Road.

“Fauna bridges allow native wildlife to move as they would from tree to tree to access nearby local ecosystems without having to dangerously scurry along the road,” Cr Raedel said.

“This project will better connect wildlife in Morayfield and Narangba with our region’s 1,700ha of environmental reserves and corridors,” Cr Grimwade said.

As part of the tender, fauna rope bridges will also be installed along Endeavour Boulevard and Discovery Drive at North Lakes.

Construction is expected to commence in August and be completed over 10 weeks, weather permitting.