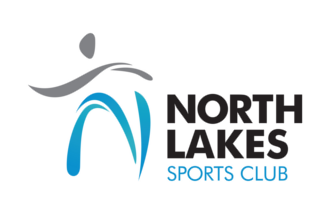 General Manager Chris Sartori said the club had been overwhelmed with the response to its membership offer, with more than 2,000 foundation packages sold since membership opened in October last year.

“We sold close to 500 memberships in the first week, and since then there’s been a steady flow of applications coming through each week,” Mr Sartori said.

“For just $11 foundation members receive exclusive perks including an invitation to one of the club’s pre-opening days, half priced meal voucher, foundation member bumper sticker and membership to all CSC Group clubs.

Applications for foundation membership will close at 5pm on Friday 31st March 2017, however standard CSC group membership options will still be available.

“Once foundation membership closes we will offer our standard membership which is $5.50 for general members or $3.30 for seniors/pensioners.

“This still includes the standard membership benefits, but won’t include the chance to visit the club during one of the pre-opening sessions or the half price meal voucher.

“We had to pick a cut-off date to allow us to finalise the pre-opening days and get invitations out to members.

Mr Sartori said the pre-opening days would be used as a controlled test for the $25 million club’s facilities and team of close to 100 staff.

“It’s important that we have a few soft opening days to test our facilities, equipment and service before we open the doors fully to the public.

“These pre-opening days give us that opportunity, while providing a reward back to the foundation members who have supported us by signing up early.

While still a couple of weeks away from a confirmed opening date, Mr Sartori said the club was currently on track to open in late April.

“There’s a few critical stages that need to be met in the next two weeks before we can lock in our opening dates with absolute certainty, but things are looking good for late April.

“We’ve got a lot of exciting announcements in the coming weeks including the release of our courtesy bus maps and timetables, menu teasers, promotions and entertainment, so we encourage you to give us a like or follow on your favourite platforms.”