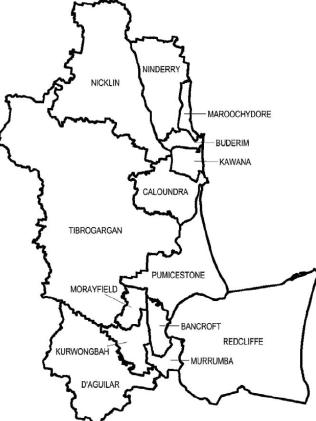 State Member for Morayfield The Hon. Mark Ryan says he is excited by the changes to the first electoral redistribution for over nine years, and this reflects the changes in where people live as well as increased population clusters in Queensland since the last redistribution.

Mark Ryan went on to give a summary of the State Seat of Morayfield and what areas are lost and gained as well as an over view of neighbouring  seats of either resizing or name changes that will come in to effect.

Mark reminded listeners that this is the final draft plan and the public still can make comments suggestions or complaints to the Queensland Electoral Commission before mid year it delivers the final decision on new seats prior to the next anticipated State election anytime between now and early 2018.

What is proposed is that new seats have been created in Ipswich, on the Gold Coast, Logan, north of Brisbane, north Queensland and on the Sunshine Coast and those that  disappear altogether, including the seats of Indooroopilly and Dalrymple.

It observed that the following seats to be renamed include Mount Isa, which becomes Traeger, Glass House, renamed to Tibrogargan, Sunnybank, becomes Toohey, Yeerongpilly, changes to Miller, Burdekin renamed McMaster,  Mt Coot-tha, will now be known as Maiwar, Ashgrove is to be Cooper and finally Brisbane Central will be renamed McConnell.

Also Dalrymple will be  absorbed into three north Queensland seats.

The Premier has hinted perhaps an early election, at any rate when the next election is called in addition to new seats voters in the next state election will also have compulsory preferential voting meaning you will have to number every square on the ballot paper for your vote to be valid and simply placing 1 on your preferred candidate will be declared an invalid vote.