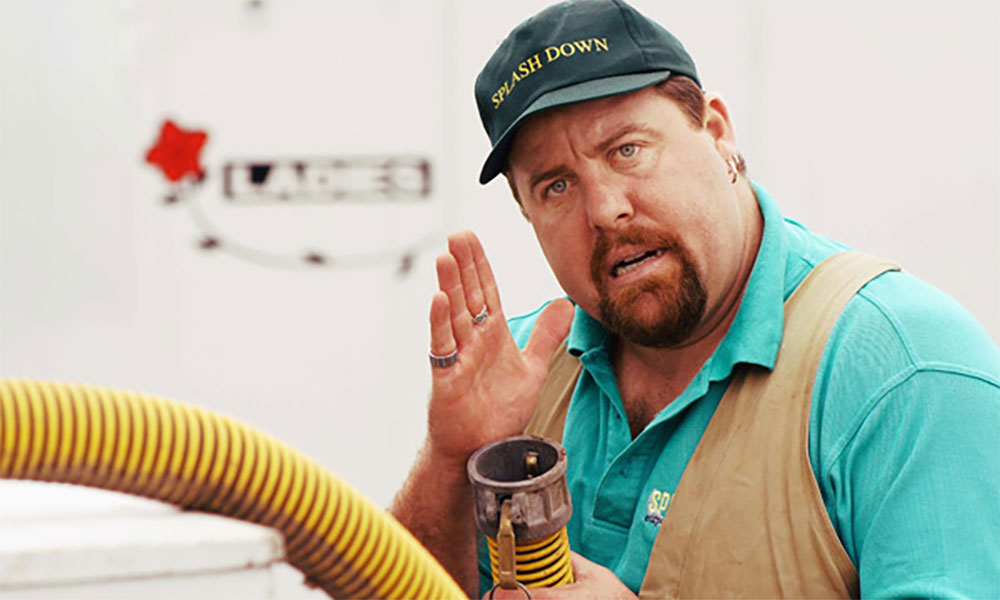 Queensland blokes over 50 are set to benefit from a cheeky new cancer screening campaign released today.

The bowel campaign, funded by Queensland Health, features Shane ‘Kenny’ Jacobson urging over 50s to ‘make No. 2 their No.1 priority’.

The Australian actor is best known as the host of Top Gear and as star of the smash-hit movie Kenny.

“Around 3000 Queenslanders are diagnosed with bowel cancer every year, and about 1000 die from the disease – this campaign is a great way of engaging with a high-risk group to bring the death toll down.

“Only about one in three eligible Queenslanders currently complete the free National Bowel Cancer Screening test, even though bowel cancer kills nearly three Queenslanders every day.

“In fact, bowel cancer is the fourth most commonly diagnosed cancer in Queensland, but the second biggest cancer killer.

“Nationwide, estimates show a total of 83,800 bowel cancer deaths could be prevented by 2040 if National Bowel Cancer Screening Program participation reaches 60% by 2020 and is sustained.”

The campaign will run during the end of the football season and during motorsport season in October, and again next year.

“Our hope is that this quirky campaign will vastly increase awareness of screening and early detection for bowel cancer,” Ms Clift said.

“We encourage Queenslanders to watch the ads online and share them on social networks, urging those eligible to take the test.”

The National Bowel Cancer Screening Program is currently inviting men and women turning 50, 55, 60, 64, 65, 70, 72 and 74 to screen for bowel cancer. Participants are sent a free, easy to use screening kit that can be completed at home.

“In addition to screening, it’s important to be aware of changes in bowel habits and bodily functions,” Ms Clift said.

“Symptoms can include rectal bleeding such as blood in the stool, a change in bowel movements, lack of energy, unexplained weight loss or lack of appetite, and persistent cramping or abdominal pain.

“While the presence of these symptoms does not necessarily mean a person has bowel cancer, the warning signs should not be ignored, and warrant urgent medical advice from a GP or specialist.

“Queenslanders can reduce their risks by adopting healthy lifestyle habits such as eating healthily and maintaining a healthy weight, quitting smoking, reducing alcohol intake and being active,” she said.