In celebration of the official opening of Brisbane Airport’s (BNE) International Terminal in 1995, 21 years ago today, here’s 21 Fast Facts:

The terminal was officially opened on 5 September 1995, by then Prime Minister Paul Keating, four months ahead of schedule and several million dollars below budget.

Civil and Civic was the Project Manager for the design and construction for the client Federal Airports Corporation, the owner, developer and operator at the time.

Bligh Voller was the architectural consultant for the project with Lend Lease Design Group providing architectural overview and review.

Approximately 42,000 square metres of profiled steel decking was used in the terminal and associated works.

The terminal was surrounded by 140,000 square metres of apron to facilitate 11 aircraft, including eight aerobridges, and had parking for 2000 cars and 70 buses, as well as 55 hectares of landscaping.

A key aspect of the terminal design was to provide a facility that could be easily expanded for projected passenger growth.

27 retail outlets were open for business at the new International Terminal during the first year. Today there is around 50 stores onsite.

In FY16, more than 5.2 million travellers arrived or departed through BNE International.

In December 2008, after nearly two years of construction and an investment of more than $340 million, a 33,000 square metre expansion of the International Terminal was officially unveiled to cater for passenger growth, an additional 25 retailers and the advent of super wide-bodied aircraft.

The most expensive watch you can buy from the JR/Watch Co. store at BNE International is a Jaëger-LeCoultre Master Ultra-thin Tourbillon for a cool $85,446.

The busiest day on record at the International Terminal was on 2 January 2016 with 19,348 arrivals and departures.

In FY16, 61 ML of recycled water was used at the International Terminal for irrigation and cooling towers, which is approx. 30 per cent of all of the recycled water used at BNE.

In FY16, approx. 14.6 GWh of energy was used the International Terminal and car park, meaning every international passenger ‘used’ approx. 2.8 kWh by passing through the terminal, the equivalent of leaving a light bulb at home on for a week.

In recognition of this occasion, Brisbane Airport Corporation will be releasing a collection of commemorative post cards featuring historical images of the terminal that will be gifted to international passengers over the coming months.

Below a view 21 years ago 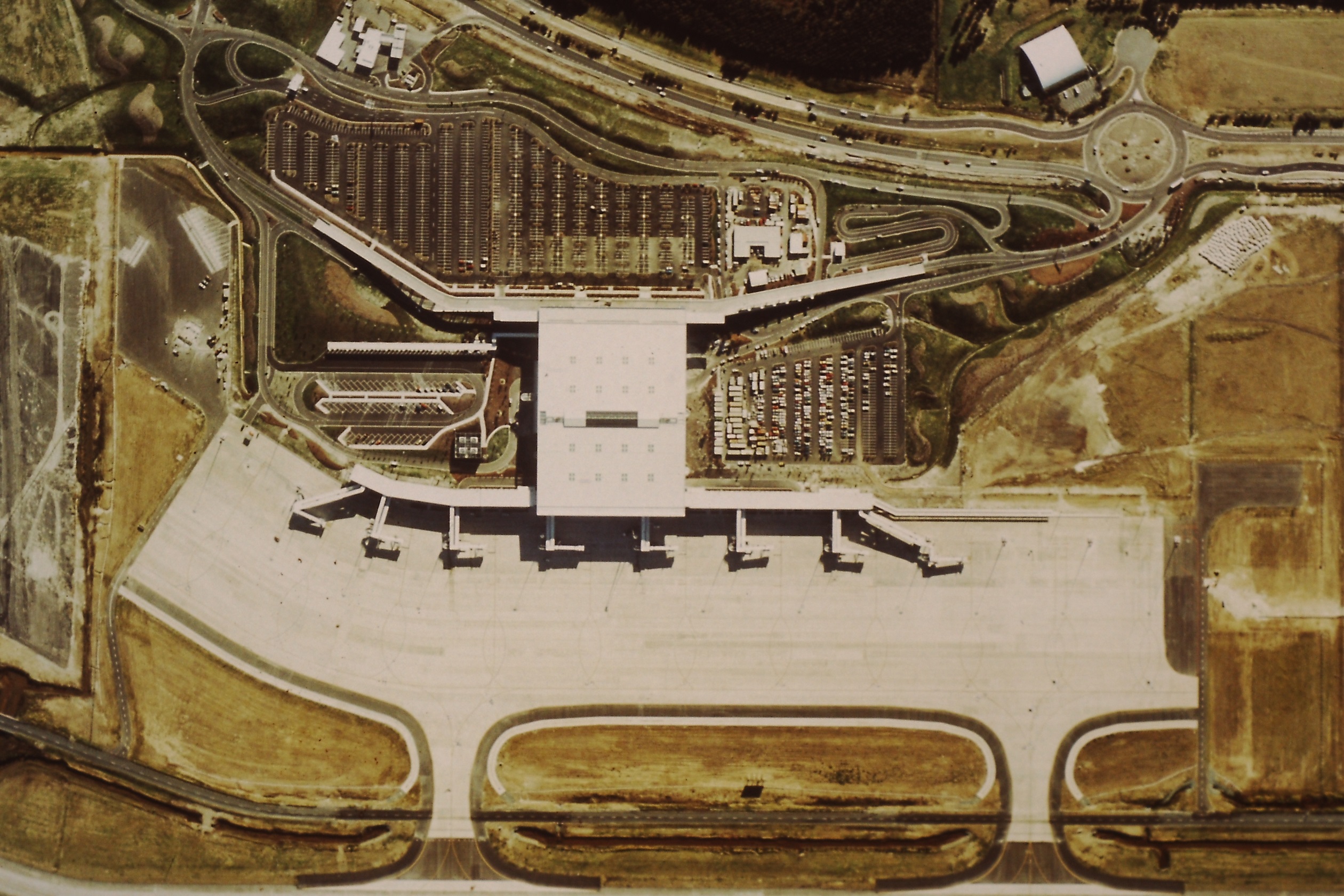