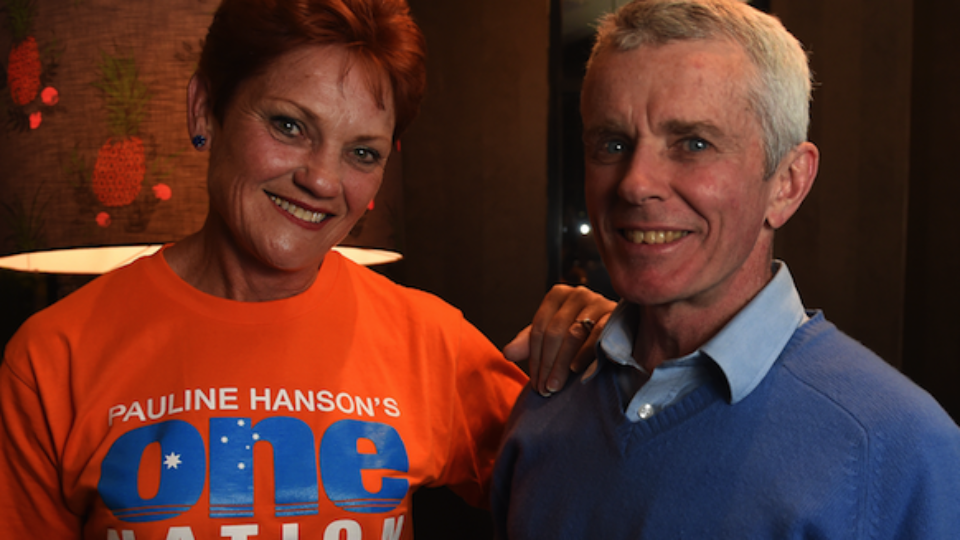 As the results of the double-dissolution election were finalised last week, it became clear what a difficult term this will be for the Turnbull government.

The number of crossbenchers rose from nine to 11, and Pauline Hanson’s One Nation Party were confirmed as having four of those senate seats.

On the one hand, the government has been tasked by a majority of voters with steering the economy through its most difficult transition since the early 1980s.

On the other, it will have to negotiate with senators working to agendas that have little to do with economic progress – Hanson’s call for a royal commission into Islam being the most stark example.

Real reform, or reforming the real?

In a liberal democracy, the kind of reform Australia needs begins with the articulation of a problem, followed by the selling of a solution.

Bob Hawke showed we were running out of money for universities, and HECS was his answer. John Howard showed the tax base needed broadening and the GST was his answer.

Both were hard sells, but they began with the identification of real problems.

Around the world, by contrast, a new breed of political populist is gaining ground by focusing on problems that are either not real or blown out of proportion.

In the US, Donald Trump has made ‘Muslims’ and ‘Mexicans’ the problem, rather than ‘terrorists of all faiths’ or ‘unemployment and crime’.

He has made cheap Chinese imports the problem, rather than the US-centred global financial crisis that has resulted in a lack of customers for US exports.

And he’s made ‘elites’ – financial, business, academic, political – the problem rather than the wicked and corrupt members of those elites. If you’re well educated and good at what you do, you’re part of the problem buddy!

These arguments have gained traction in the US because in the post-GFC era, vast numbers of middle-class Americans have been become ‘working poor’.

They, like their counterparts in Europe and the UK, are angry, and that anger is readily channelled into backing policies that will undoubtedly make the same voters even poorer – that’s economic Trumpism.

Meanwhile, reading boring old numbers rather than incendiary speeches shows that the fortunes of struggling Americans is slowing improving.

Friday’s US jobs data showed job creation well ahead of expectations. It’s a fragile recovery, but better than anything Trump would deliver via a trade war with China.

Trump relies on a kind of reverse form of the old Marxist idea of ‘false consciousness.

Marx thought 19th century workers were being tricked into thinking they had it good, whereas Trump relies on voters believing ‘you’ve never had it so bad, and it’s down to Muslims/Mexicans/the Chinese’.

Similar trends are visible in Australia, but the ‘false conciousness’ is even more pronounced.

Australia was almost unique during the GFC years in avoiding both recession and a house-price collapse. Thanks to China’s stimulus-generated demand for our natural resources, and strategic stimulus spending at home, we ultimately became richer.

The nation has so far retained its leading place on the human development index – one of the best benchmarks against which to test the ‘false conciousness’, whether it’s an exaggerated feeling of being rich or poor.

You wouldn’t know it by looking at One Nation’s policy statements so far.

First-time senator Malcolm Roberts seems obsessed with disproving views of the overwhelming majority of climate scientists – he has in the past berated economist Ross Garnaut for ignoring “the benefits of global warming. Humans, humanity and the natural environment have all benefited from Earth’s past warmer periods”.

On broader economic issues, his party’s policy platform reads: “One Nation is strongly opposed to the ‘free trade’ economic policies …The mad continuation of these ‘globalist’ policies has now driven us to the brink of financial, economic, social and moral disaster.

“Our nation has been subdued from a wealthy and self-sufficient one, to that of a ‘third world’ state, depending on the International Monetary Fund and loans to pay our debts, thereby losing our economic and political sovereignty.”

What must the rest of the world think of a nation that is second on the human development index, yet elects senators who think their nation is becoming a third world state?

One Nation might just have got away with that in the US – Donald Trump is getting away with rhetoric as bad.

But Australians will have to lose a lot more income, and get into a much deeper crisis for those statements to sound even vaguely true.

What could cause that to happen? Well a bunch of senators disrupting the government’s attempt to manage the economy through some very difficult years would be a good start.