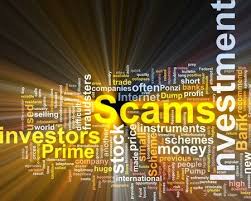 Five regional Queensland councils have all been targeted by the same scammers who stole $450,000 from Brisbane City Council, but no other council has lost any money.

The Moreton Bay Regional Council is successful in identifying scammers and dealing with them effectively, with the council happy to report that not only did the attempt fail and no monies were given.

The Moreton Bay regional Council alo0ng with Ipswich, Logan,  the Sunshine Coast, and Bundaberg regional councils have all confirmed they were approached by invoicing scammers with no loss of money.

But all five councils detected the scam before cash was successfully stolen.

It was revealed this week Brisbane City Council made nine payments totalling more than $450,000 to the scammers, who had assumed the identity of an actual contractor.

Lord Mayor Graham Quirk has conceded it was unlikely the money would be recovered.

'I just feel sorry for Brisbane'

"We're always vigilant with regards to following up, checking information, to make sure the right company is contacting us," Councillor Pisasale said.

"Please be vigilant, these creeps are out there and they're trying to make this money by scamming people.

"I just feel sorry for Brisbane and the ratepayers of Brisbane."

Bundaberg councillor Helen Blackburn said the attempt was being investigated by police.

"Our staff were very well trained and through that training have ensured the safety of the Bundaberg Regional Council assets," she said.

"If there are a number of councils that are being targeted, you'd have to think that this is a fairly organised sort of a crime that's occurring."

In a statement, a Logan City Council spokesperson said they had reviewed and enhanced internal controls in response to the attempted scam.

Dr Cassandra Cross from the Queensland University of Technology said Brisbane City Council is not the first organisation to fall victim to this type of scam.

"It is probably more common than people realise, and the example of Brisbane City Council going public with this is actually really encouraging," she said.

"In this particular circumstance, it may have been beneficial to actually make phone contact with somebody at the company to confirm whether or not details had changed."

Greg Hallam from the Local Government Association of Queensland said they were working with the Queensland Audit Office to advise councils on what he described as "this new sophisticated fraud risk".